Williams says he won 44 out of 49 fights, clinching many awards in Britain and Europe starting from age 9. He won seven titles in his amateur career including the 2011 Senior ABAs at 18. That year, he turned professional as a light middleweight aged 18 fighting against Ryan Clark and winning every round of the bout. Next year, in February 2012, he won the match against Tommy Tolan with a PTS. 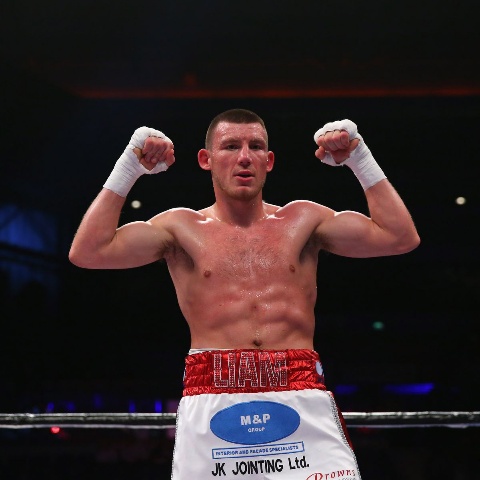 CAPTION: Liam Williams made his debut in a match against Ryan Clark in 2011.  SOURCE: Wales Online

The Welsh fighter then defeated Gilson De Jesus on May 25, 2012, again with results on points. In the three matches that followed, Williams, in succession TKO ed Paul Morby, Tony Randell, and Dan Blackwell. His next two victories against Jamie Ambler and Darren Codona were decided on PTS. The 5'10" fighter got his winning streak broken after his bout with Tyan Booth ended in a draw on December 7, 2013.

In the matches that followed Williams bested Yuri Pompilio, Ronnie Heffron, and Stepan Horvath He won the Commonwealth light-middleweight title in November 2014 with around 2 stoppage win over Michael Lomax. In the four triumphs that pursued, the light middleweight fighter technically knocked out Kris Carslaw, Gustavo Alberto Sanchez, Gary Corcoran, and Gabor Görbics. 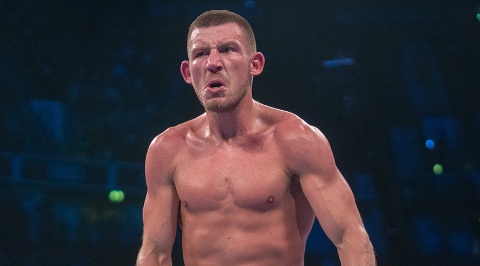 He won the British national title by beating Kris Carslaw in the second round of their bout. The Machine successfully defended both of his titles against Gary Corcoran on 16 July 2016 with an 11th round stoppage. Williams suffered his first professional defeat against former WBO light-middleweight world champion Liam Smith on 8 April 2017. He failed to have his vengeance on a match with the same opponent on November 11, 2017.

He has been on a seven-match winning streak since 14 April 2018 - defeating the likes of Darryl Sharp, Craig Nicholson, Mark Heffron, Joe Mullender, Karim Achour, Alantez Fox, and Andrew Robinson.

Williams fought Demetrius Andrade on 17 April 2021 for the WBO middleweight title but was defeated.

Sources haven't paid that much attention to Williams' net worth. For one thing, being a relatively unknown fighter, Liam's fights hinge on building a reputation before they start making big like in the case of A-listers such as Mayweather, McGregor, Nurmagomedov, and so forth.

But having fought in several high-end venues, it's plausible Williams has taken home some big compensations for all the bruises and cuts. Over the years, the Church Village-born boxer's fights have managed to gain a following of its own. And those shiny matches are more than likely to make some lucrative incentives for the boxers from sponsorships, endorsements, ticket sales, and licensing fees.

Williams has had twelve title fights to date and purses are generally higher for such bouts in part to broadcasting deals and revenues from the attendees.

Who is Liam Williams' Girlfriend?

Williams is currently in a relationship with Carys Parry. Recollecting Parry's Instagram, it can be taken that the pair started dating in early 2020. However, it wasn't until July 10 of that year, when Parry had confirmed her love with Williams to her fans. 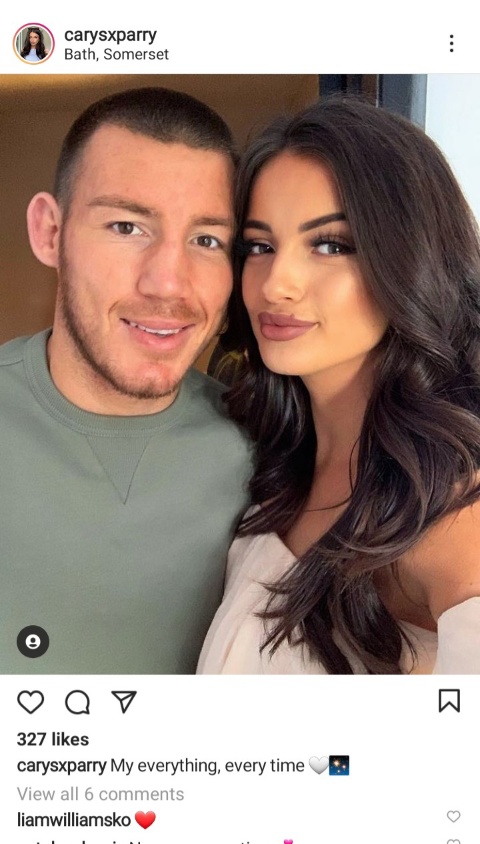 "My everything, every time," wrote the 24-year-old influencer on her Instagram account sharing a picture of her and the boxer.

Though it's not revealed if the couple has put a ring on it. On November 14, 2020, Williams announced that he was having a boy with Parry. "So there you have it guys," penned the 28-year-old while sharing the medical imaging of Parry's pregnancy.

"Really happy to announce that another mini machine is getting added to the Williams gang... May 2021 can't come quick enough for us." 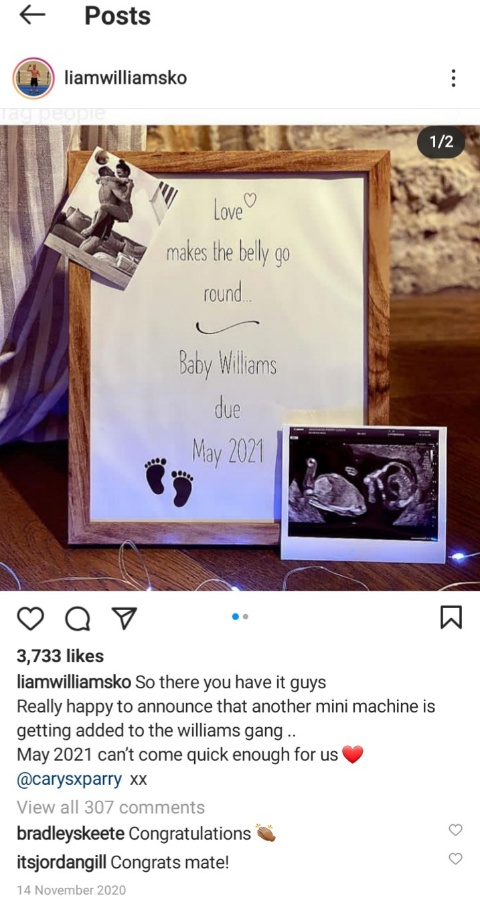 Liam Williams announced he is expecting a son with his girlfriend  SOURCE: Instagram

Williams is also a father to a girl, Mylas born February 13, 2016. Howbeit, it's yet to be confirmed if Parry's the biological mother of Mylas.