Levi Onwuzurike is the Detroit Lines second-round pick (41st overall) defensive tackle coming from the Washington Huskies of the University of Washington. With Washington, he was named to the first team All Pac (2019). He is known for his build and speed that allows him to overpower the opponent's unstable base.

Onwuzurike was born in Allen, Texas on March 3, 1998, under the star Pisces. He holds an American nationality and is of Afro-American ethnic background.

As a senior in high school, Levi Onwuzurike was named the District 6-6A Defensive MVP and among the best Regional Defensive Players of the year. He achieved 53 tackles and 8.5 sacks as a high schooler. 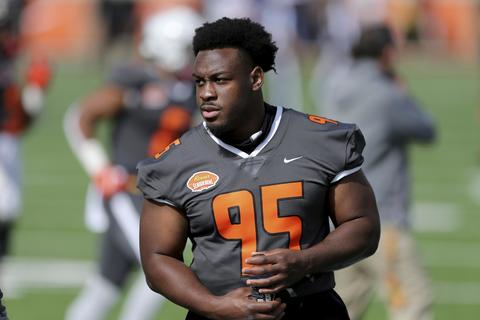 Levi Onwuzurike was drafted in the second round by the Detroit Lions SOURCE: University of Washington

Onwuzurike came on strong in 2019 with the Washington Football, earning first-team All Pac 12 honors after recording 45 tackles, six for loss, with two sacks and a blocked kick in 13 games (12 starts). The previous year, he had started four games (playing in all 14 of the Huskies games; 34 tackles, 6.5 for loss with three sacks) after contributing in 12 contests as a redshirt freshman (16 tackles, 3.5 for loss with two sacks).

He was also named the Dallas Morning News' All-Area Defensive Player of the Year as a senior at Allen High School in 2015. Pro Football Focus rules Onwuzurike earned a stellar overall grade of 90.8 in 2018, playing 318 total snaps. He achieved a similar feat in 2019, following 504 total snaps earning an overall mark of 82.5. The Texan-born defensive tackle primarily lined up pre-snap in the B Gap but spent his fair share of time in the A Gap as well.

On May 1, 2021, the Detroit Lions used the 41st overall pick in the 2021 NFL Draft on Onwuzurike after the club had seen Jeremiah Owusu-Koramoah, Trevon Moehring, and Rondale Moore.

How Much Is Levi Onwuzurike Net Worth In 2021? Contracts & Salary

Onwuzurike has a very enticing 2021 Draft profile. And while he is to compete among other Lions - for starting the NFL games right away, he is already being owed millions of dollars by his new team. Spotrac reports Onwuzurike's contract with the Lions is set at a total value of $8.14million with a guaranteed signing bonus of $3.2million.

Of course, if he truly excels during his time with the Detroit Lions, he'll have the opportunity to sign more valuable contracts later on in his career. By the time the 6 foot 3 defensive tackle hits free agency, it's likely the average deal will be worth more money. Stats suggest rookies such as Onwuzurike can probably score a deal worth nine figures if he put up strong numbers in his first few seasons.

Onwuzurike is currently dating an ER nurse in Dallas County, Kristina Juanita Flanagan. She passed her NCLEX exam on July 24, 2020, and is currently employed at Parkland Emergency and Trauma, in Harry Hines Boulevard, Dallas. 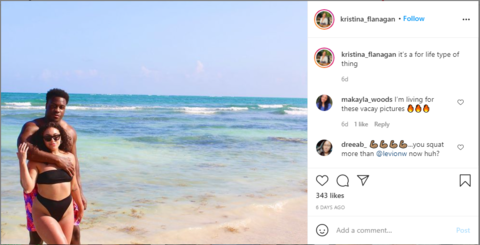 Onwuzurike's followers have been seeing the DT with Flanagan since October 2019. Though it's not clear if that's the year the couple had started dating. 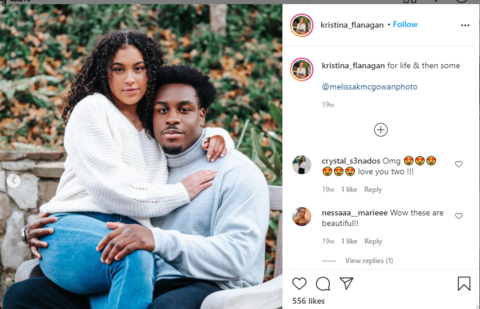 Flanagan maintains her relationship with Onwuzurike is serious, in that, not so long ago, she posted a picture of her and her rookie boyfriend - whereby she wrote, "it's a for life type of thing.