Aaron Robinson is a future star in making who has earned fame due to his football talent. As a cornerback, he initially played college football for the Alabama Crimson Tide football team before showing his skills for the UCF Knights football team. In his college career, he managed to achieve a lot of success. He was recently drafted by the New York Giants as the 71st overall pick in the 2021 NFL Draft.

Hailing from the suburbs of  Deerfield Beach, Florida, Aaron Robinson was born in 1998. He celebrates his birthday on the 10th of November every year. Likewise, his zodiac sign is Scorpio.

His mother's name is Norma Cartagena. As for the details of his father and if he has any siblings or not, it is still unknown. Other than that, it is known that the 5 feet 11 inches tall footballer used to study at Deerfield Beach High School before enrolling at the University of Alabama.

How Much Aaron Robinson's Net Worth In 2021?

Aaron Robinson's earnings and net worth are still under review. However, the minimum salary of a newly drafted NFL player is $610,000. And, considering Robinson's college stats, it must be sure that the New York Giants will offer him more than that.

Also, he will be receiving many endorsement deals through which he will receive a healthy sum. So, it might not be wrong to say that the NFL rookie will be making a hefty net worth very soon.

Robinson is mostly busy focusing on his career due to which he does not get that much time to give towards relationships. His social media handles are also filled with pictures from his games only. 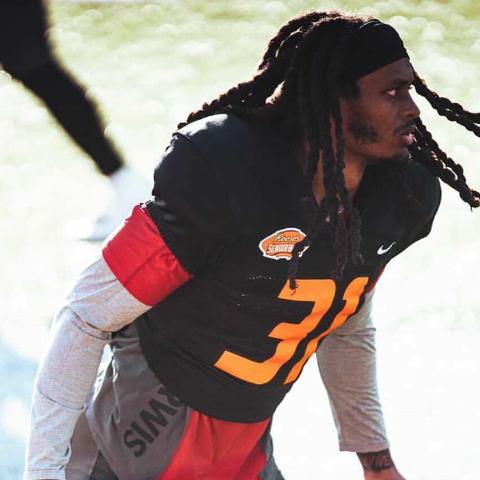 Due to that, it seems appropriate to say that he is currently single and is not dating anyone.

Aaron Robinson's football career took off when he used to play for his high school team under the head coach Jevon Glenn. While he was there, he played exceptionally and took the team towards a win on multiple occasions. When he bid farewell to the team, he was ranked a four-star prospect by ESPN. 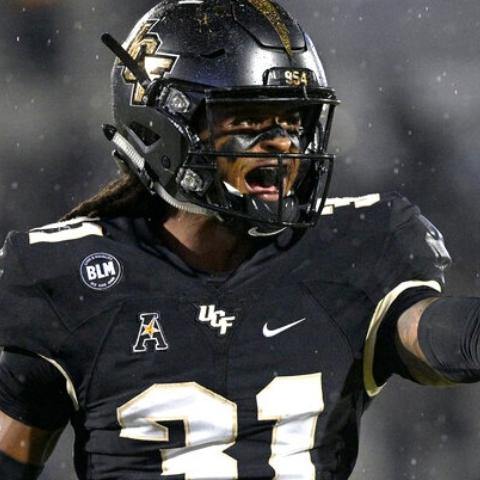 Afterward, he committed to the Alabama Crimson Tide football team and began to showcase his skills for that team. During his time there, he played in 13 games. However, his time with the team lasted for a short period only as he decided to transfer to the University of Central Florida (UCF).

Following his transfer, he also took part in UCF's football team called UCF Knights. But, he was unable to play with the team for almost a season due to NCAA transfer rules. And, when he played his first game with the team, he suffered a brutal injury due to which he was out of the game for a couple of weeks.

Nonetheless, he was supported by the whole team and his family during that tough period, which helped him mentally. When he returned in his redshirt junior year, he was able to garner a ton of praises for his skills and gameplay. Speaking of the stats, he had three interceptions, 10 pass breakups, 5.5 tackles for loss, and 54 tackles.

After such an impressive college career, Robinson declared himself for the 2021 NFL Draft. For his fortune, he was drafted 71st overall by the New York Giants. As of now, he is looking forward to making his NFL debut and impressing everyone. At New York Giants, he will be playing alongside Kadarius Toney, Azeez Ojulari, and more.