Mike Mayock is married to his wife Mandy and has two children. He has an estimated net worth of $4 million with the annual salary reported to be in a million.

Mike Mayock was hired recently by Raiders and currently serves as the general manager of the NBA team. He is reported to be earning a fortune amount of salary expected to be in millions. As of 2019, he has an estimated net worth of $4 million, less than a fellow coach, Jon Gruden. 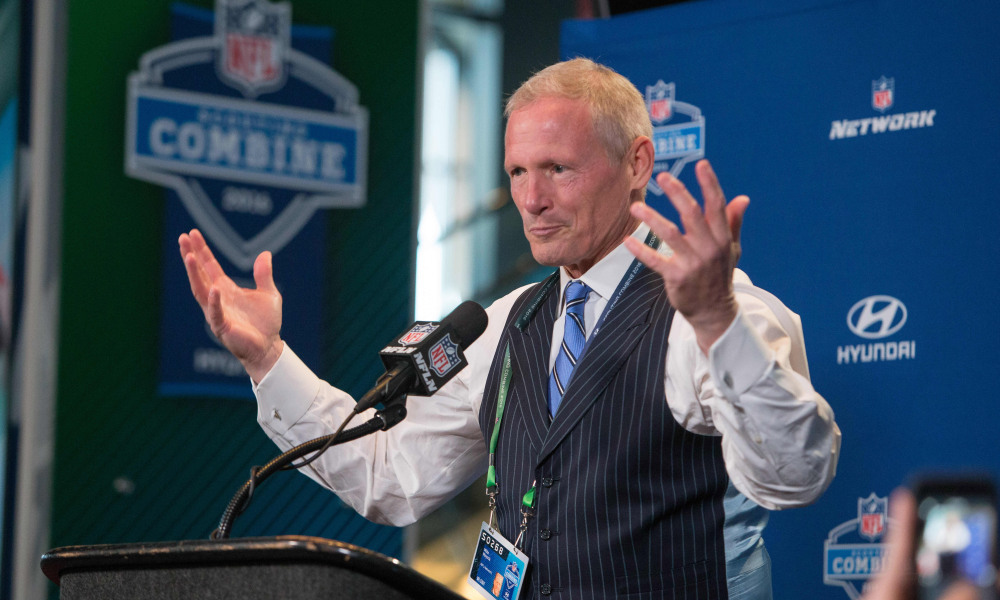 His salary previously with a different role, was assumed to be around $500,000.

Mike Mayock has shown his dual talents. He has not only made a spark in the field of football, but he also spreads his magic in the broadcasting world.

Mike Mayock was born as Mikel Francis Mayock on 14 August 1958, to an American parent, Mike Mayock Sr. He was born and raised in Philadelphia, Pennslyvania. He has a white ethnical background and holds the nationality of the United States. The info about his sibling is missing.

He attended the Haverford School and further joined Boston College.

Mike played college football at Boston College. He was selected by the Pittsburgh Steelers in the tenth round of the 1981 NFL Draft, as the 265th overall pick. After being cut from the Steelers, he was signed to his first pro contract with the CFL’s Toronto Argonauts throughout the 1981 season. He returned to the NFL with the New York Giants for the 1982 and 1983 football seasons. 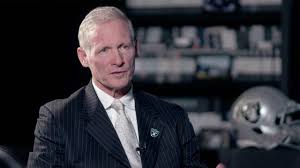 Upon finishing his NFL career, Mike Mayock entered into the broadcasting career. He started his broadcasted career with NFL Network. He worked as a college football analyst for ABC Sports. Mayock went to work with ESPN after CBS. He served as an analyst and sideline reporter for the cable’s network’s coverage of the Canadian Football League and college football from 1993-95.

Mayock also worked with Brad Nessler presenting Thursday Night Football on NFL Network from 2011 to 2013. Jim Nantz and Phil Simms later replaced later replaced them. He also served as a color commentator of BC football

He was recently hired by the Oakland Raiders to be the general manager on December 31, 2018.

Also Read: Mike Mayock's Five Takeaways from First Round of the 2018 NFL Draft

Mike Mayock is married to his wife, Mandy. The couple is the parents of a daughter and a son named Leigh and Michael respectively. However, he has not talked much about his wife and children.

He has a height of 6 feet and 2 inches, and his weight is around 198 lbs. He has huge fan followers on social networking sites. He is actively growing on Twitter. Moreover, info about his bio can be taken from Wiki.

No more details about his family are available.