Leonardo Fernandez, the talented and prudent soccer player, began his football journey from Amnceer before appearing for the Finex youth system. So far, Leonardo has made his appearances for four clubs, including Fenix, Tigres UANL, Universidad de Chile, and Toluca. Not to mention, the athlete is also the Liga MX 2020 player of the year.

Know About Leonardo Fernandez's Salary Details And Net Worth

The career-focused soccer player Leonardo is one of the most experienced players in Liga MX. He has been contributing to this field since 2015. Additionally, he has been part of his nation's squad at various levels. Thus, playing for both clubs and the country, he must have acquired a handsome amount of money from his profession. As a Toluca attacking midfielder, he receives £10,000 per week and £5,20,000 per annum.

As of 2022, his net worth at the moment is $1.5 million, including his house, car, and properties. In addition to that, linking with several brands and deals also aids in generating high income.

Who Is Fernandez's Love Life? Know Everything about his Relationship Status

The Uruguay international Leonardo is deeply in love with his sweetheart Victoria Mazzoni. The couple seems to be in a relationship for quite a long time. However, the exact date is still yet to be revealed. Notably, the couple is created a beautiful family of their own. Together, they welcomed thier first baby in 2022. 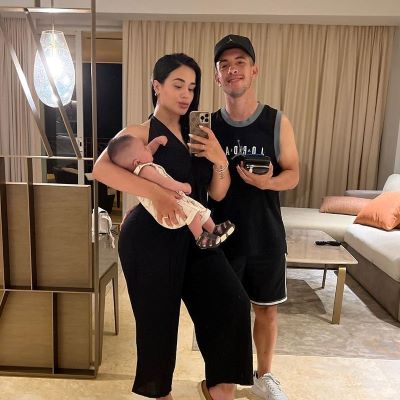 Leonardo and his Girlfriend with thier baby  SOURCE: Instagram

For your concern, he is media friendly. In a statement from his interview, he said "His son's birth into the famly has brought prosperity and happiness to their life." Also, the couple has been shining up their Instagram with their pregnancy journey which everyone cherishes Currently, the pair is enjoying his parenthood to the fullest.

Toluca jersey number 10 Leonardo Fernandez's professional football career in 2015 joined his youth team Fenix. With his first senior club, he appeared in 90 leagues adding 25 goals to his tally. Later, he joined Tigres UANL for two years in 219, and he got loaned to the Universidad de Chile the same year. Likewise, the professional moved to Toluca on loan on December 12, 2019. Afterward, he extended his contract worth the team.

Short Description Of His Family And Early Life

Former Fenix star player Leanardo's full name is Leonardo Cecilio Fernandez Lopez. He was born on November 8, 1998, in Montevideo, Uruguay. Also, his sun sign is Scorpio and ten is his present club jersey number. At the moment, he is just 24 years. 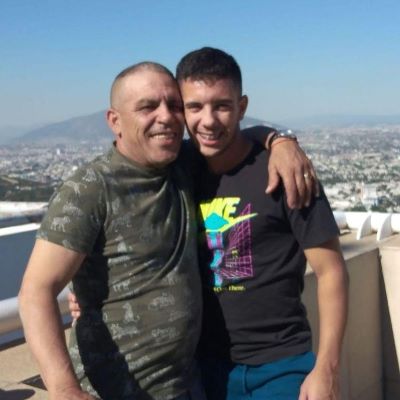 Talking about his family details, the player has kept it away from the media spotlight. As a consequence, it remains under the radar. Despite keeping his family identity hidden, he shared his family photo o his Instagram @leofernandez.10.