Lavonte David is an American professional football player who plays in the National Football League(NFL). As of 2019, Lavonte David currently plays for the Tampa Bay Buccaneers as their Outside Linebacker. He was picked in the second round of the 2012 NFL Draft and was also included into the 2015 Pro Bowl.

As an Outside Linebacker, Lavonte David reportedly earns around $10,050,000 as his yearly salary from the Buccaneers and has an estimated net worth of over $15 million in 2019.

Lavonte David's Net Worth and Salary

As of 2019, Lavonte David has an estimated net worth of over $15 million. He reportedly signed a five-year contract worth $50,250,00 contract with Tampa Bay Buccaneers on August 9, 2015. Besides David, his teammate Jacquizz Rodgers also has a net worth of $5 million.

At the beginning of his NFL career, he signed a four-year contract worth $3.47 million which include a guaranteed sum of $1.36 million with a signing bonus of $964,896.

Besides his financial earnings, his personal assets include home and cars and he also earns a good amount from various sponsorships.

The detailed information regarding the relationship/affair status of Lavonte David is yet not disclosed on media. Lavonte hasn't shred much about his personal life on his official social accounts.

So Happy and Blessed to see another year! Happy 20 something Birthday to me lol

David might have a girlfriend but he has kept the details hidden from the general public and also he keeps his personal life low-profile.

Lavonte is a career-focused man and keeps himself away from rumors and controversies. Talking about his body measurements, he has a height of 6 feet 1 inch and a weight of 106 kilograms.

Besides his popularity in the sports field, he is also popular in social media with a large number of fan followers. In addition to this, he is also involved in various charity works.

As per his wiki/, Lavonte David was born on January 23, 1990, in Miami, Florida to parents Edward and Lynette. As per his nationality, he is American and belongs to the Mixed ethnic group and his star sign is Aquarius.

Lavonte David attended Northwestern High School where he played for the high school team and was regarded as a two-star prospect by Rivals.com.

After that, he joined the University of Nebraska for playing college football where he played altogether 27 games.

Lavonte began his professional NFL career after being drafted by Tampa Bay Buccaneers in the 2012 NFL draft and was a ranked 4th best outside linebacker by Mike Mayock who is an NFL analyst. 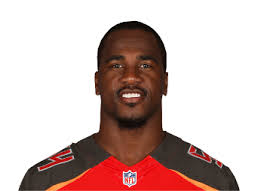 In the 2012 season, he intercepted a pass by Payton Manning and returned it to 27-yard in the third quarter. Currently, he signed a contract extension for five years on August 9, 2015, and is playing under coach Bruce Arians.