Lamine Diane is a Senegalese Basketball Player who plays for the Cal State Northridge Matadors of the Big West Conference. Holding Senegalese nationality, he alongside Amar Sylla declared for the 2020 NBA draft. Diane was ranked a three-star recruit by recruiting websites such as 247 Sports, Rivals, and ESPN.

Diane was born on 7th November 1997 under the star sign Scorpio. He was born and raised in Dakar, Senegal, and came to the States in 2015 to play college basketball at Findlay Prep. in Henderson, Nevada. His father, Keletigui Diane, is a Senegal National Player.

Lamine Diane,  22, is one of the best international prospects from Senegal. After coming to the States, he triples his scoring average from 5 to 16 points per game in his season in Findlay Prep. As a graduate, he received offers from Baylor and Southern Utah but committed to Cal State Northridge, according to Verbal Commits.

The 6' 7'' tall has declared for the 2020 NBA draft and after being picked he might be getting paid in millions but as a college basketball player, Diane has not generated any cash from his profession. The Sport athlete do tent to get other benefits such as scholarships and incentives besides salary. Diane received a scholarship of $18,755 from Cal State. The players do tend to get medical insurance and better facilities to improve their game to the fullest. 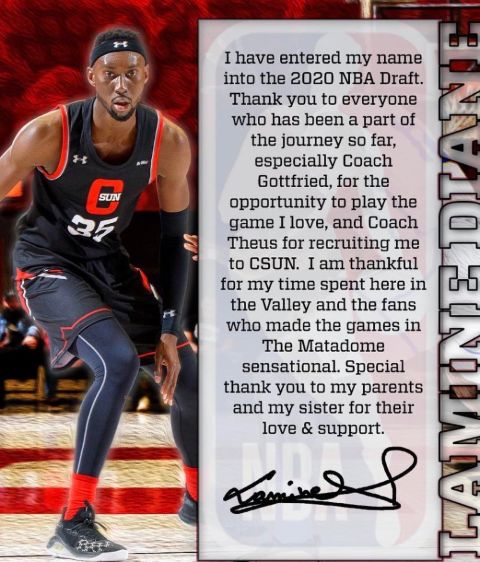 Furthermore, if the 6' 7'' tall is ranked as the #82 prospect by the CBS Sports above Makur Maker and Boris Simanic, who is likely to be picked in the second round of the draft, his projected salary will represent some of the last years' second-round pick such as Dewan Hernandez who signed a three-year contract worth $4,198,912 with the Toronto Raptors.

In Conclusion, the sophomore will be guaranteed an incredible salary figure if he gets selected in the NBA but as of 2020, his estimated net worth is still under review and will be updated soon.

The Sophomore for Cal State University is secretive about his personal life. As a matter of fact, the Senegalese player does not even use any social media account like Instagram, Facebook, or Twitter. Although his professional career is an open book, his personal history needs some work as he has not shared any personal information in any media. 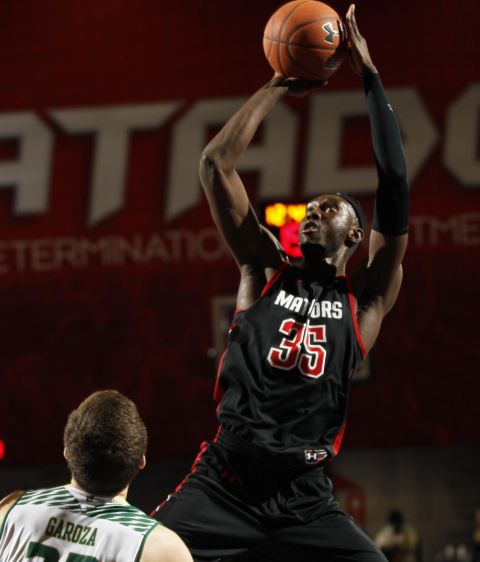 Hence, we are unable to confirm whether CSUN sophomore is single or in a relationship. He might be trying to focus his energy on his career for the time being since the NBA draft is approaching.

According to different sources, the collegiate basketball player is skilled at finishing around the rim with either hand but lacks the ability to handle the ball well with 48%  FG at the rim.

Furthermore, playing for the team Africa in 2016, Diane averaged 27.7 points in six games and was rated as the top player in the even by Draft Express ahead of Zion Williamson and Deandre Ayton, the No.1 pick in the 2019 and the 2018 NBA draft, according to the reports from Bleacher report.

No-35 Cal State Northridge Matadors' Power Forward is certainly one of the intriguing and best-suited players for the NBA.

During the start of his redshirted season, he suffered from a wrist injury which prevented him to play in his freshman year.

"My redshirt year, I didn't really do anything, I couldn't even practice. So this year is a lot different."

Even after his injury, he did not lose any enthusiasm and averaged 26.2 points and 11.4 rebounds in his remaining season with the Matadors and has been unstoppable since.