Lacey Minchew is a well-known personality who rose to fame for being the wife of the former American football Quarterback Matt Flynn. Matt was a part of the Green Bay Packers team that won the Super Bowl XLV over the Pittsburgh Steelers. Speaking of Lacey Minchew, she is a self-dependent woman who works as an actress and model.

Born in 1983, Lacey Minchew celebrates her birthday on the 19th of December every year. She hails from the suburbs of Louisiana. Likewise, her birth name is Katlin Lacey Minchew and her ethnicity is Caucasian.

Miss Teen America 2002 has not revealed anything about her father and mother. Nonetheless, it is known that she has a younger sister named Kenley Minchew. As for her academics, she first attended Pebblebrook High School and graduated in 2002. After that, she enrolled at Louisiana State University and studied Mass Communications/Broadcast Journalism. She graduated in 2007.

Relationship With Matt Flynn and their Children

Lacey Minchew is in a blissful marital relationship with her long-time boyfriend turned husband Matt Flynn. The romantic duo first met each other in 2003 while both of them were studying at Louisiana State University. Soon, they became friends and their friendship eventually turned into a relationship. 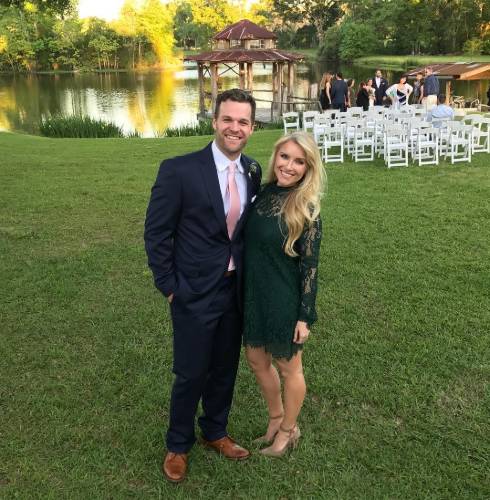 In 2012, the two decided to move in together and got engaged too. Almost a year after being engaged, on June 22, 2013, Lacey and Matt legalized their bond as they shared the wedding vows. Two years later, on September 9, 2015, the couple's marital life became whole as they welcomed a son named Huck Flynn.

Thereafter, their bond became more strong with the added responsibilities of a parent. On October 26, 2017, the husband-wife duo welcomed another child, a daughter named Tuzette Hopestrong Flynn into their family. In 2020, the family of four expanded once again as Lacey was blessed with another daughter.

As of now, the happy family of five is residing happily in their Florida resident. Their beautiful togetherness can be witnessed through Lacey's official Instagram handle where she often shares snaps of her family.

Earnings Plus Net Worth

As a renowned American actress plus a model, Lacey has been able to make good fortune. She has a very healthy lifestyle and has probably got nothing to complain about. Considering her flourishing career and lifestyle, it must be sure that she also has a decent net worth.

Well, the 37-year-old has a net worth of $2 million, as per Celebrity Net Worth. Going into the details of her handsome husband, Matt Flynn, the retired American Quarterback has a hefty net worth of $10 Million.

The Miss Louisiana USA 2009's career in acting initiated in 2008 when she appeared in a cameo role as a bartender in the movie Abduction of Jesse Bookman. In the same year, she played the lead role of Amanda in the TV movie The Dunwich Horror. 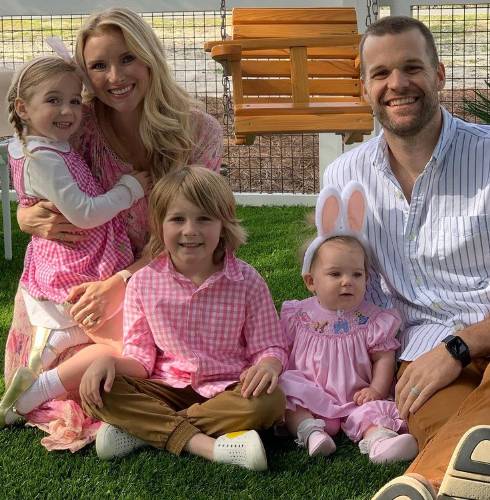 Lacey's best performance was witnessed in 2012 when she portrayed the role of Crawfish Hollow Bartender in the movie titled Bullet to the Head. Later, she played in two more movies, Alligator X and Robosapien: Rebooted.

After that, she took a break from the acting industry and hasn't appeared in a single movie or TV show since then. But, it looks like she is ready to make a comeback as she has signed a new movie. The movie is titled Spring Break '83 and in it, she will play the role of Christy.