Kyle Dugger is a professional football player who is currently playing the National Football League (NFL). He plays in the safety position for the New England Patriots.  They drafted him in Round 2 and 37 overall in the 2020 NFL draft making him the first player chosen despite not playing in Division I FBS.

The New England Patriots Number 23 went to play college football at the Lenoir-Rhyne where he was a starter. In his senior year, he was awarded the Cliff Harris Award in 2019. In a game against Virginia Wise, he recorded two punts within a seven-minute span. He is a fast safety player who also participated in Super Bowl in 2020.

Kyle Dugger was born on March 22, 1996, in Decatur, Georgia, United States, and his birth sign is Aries. His father's name is James Dugger who was a marine.  His mother's name is Kimberly Dugger who played basketball at Fort Valley State University.

He grew up along with his 3 other siblings in Biloxi. He is American by nationality and his ethnicity is Black. 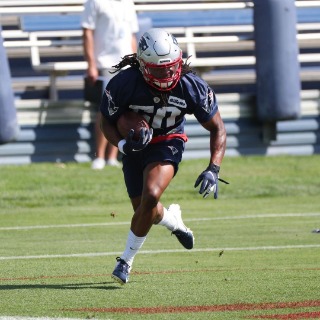 He attended Whitewater High School situated in Georgia and only started playing for its first team in his senior year. He went to Lenoir Rhyne College and graduate in 2020.

What is the Net worth of Kyle Dugger? (Contract and Salary)

As per sources, the estimated net worth of Kyle Dugger is estimated to be $1 million. But the athlete has never confirmed his earnings and paycheck. His main source of income is from playing professional football in NFL. 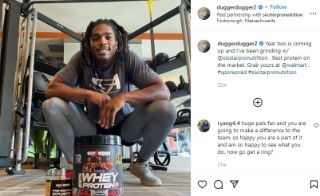 The same source claims that the highest-earning Patriots player is Matt Judon who signed a 4-year contract worth $54 million with them. Similarly, Joshua Smith and Hunter Henryearns around $12 million per year.

He is also sponsored by a nutrition and protein company named Six Star Pro Nutrition. He often promotes them on his Instagram.

Read also:- Net Worth and Career Earnings of Damien Lewis

The New England Patriots' safety is very much private about his love life. Till now, he has not shared anything about his girlfriend. Though the player is an active social media user, he has never shared his photos with any girls. His insta is filled with photos of his games, training, and his private life. 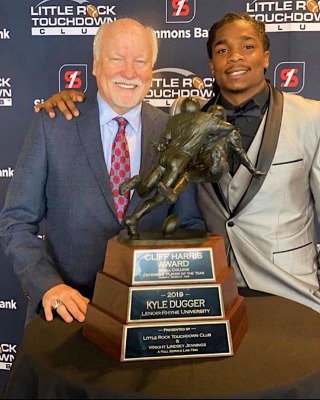 Read about:- Who is Adam dating?

So, it might be that he is living a single and happy life. He must be focusing his time on his career than sending time dating.