Kristie Mewis is an American professional soccer player playing for Gotham FC of the National Women's Soccer League (NWSL). She plays as a midfielder. Apart from being a prominent player at the club, she is also a national player. Mewis represents the national football team of the United States at the national and international levels.

Mewis has been playing professionally and has been part of multiple clubs since 2013. Her professional football career kicked off in 2013 after joining Canberra United FC. Representing the US team, she has also helped them win games in many vital tournaments. She won the title of United States Soccer Federation Young Female Athlete of the Year in 2008.

Professional since 2013, Mewis has played with different clubs. With all of them, she had decent deals. Playing with them, Mewis may have taken home a considerable fortune. Exploring her career, it can be said that, Mewis has a net worth of around $500,000. 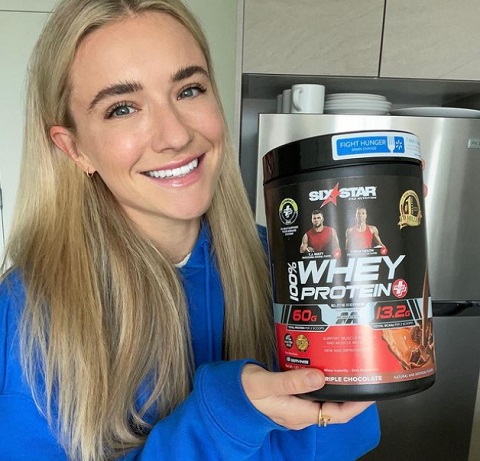 Since December 2021, Mewis has dealt with Gotham FC. Playing for the club, she may be taking a fair salary. As her contract details remain a mystery, her salary remains under review. All of her income comes from being a professional soccer player.

Mewis has also played for the national team, due to which she may have received some cash. Apart from earning from her profession, she also receives money from sponsorship and endorsement deals. From her Instagram handle, Mewis has promoted some brands. She has worked with Six Star Pro Nutrition. So, having decent wealth, she lives a lavish life.

Mewis is currently in a relationship with her partner, Sam Kerr. The romantic birds have been in a relationship since 2021. The couple made their relationship official in August 2021 after sharing a PDA Polaroid photo. In the picture, we can see Mewis sitting on Kerr’s lap while they share a kiss. 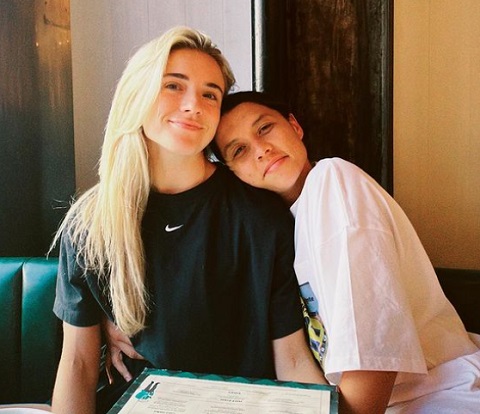 Their dating rumor came into the media in the same month as they shared flirty comments on social media. Kerr was previously in a relationship with long-term partner Nikki Stanton. On the other hand, Mewis also dated Dash teammate Rachel Daly in the past.

Mewis and Kerr are living a happy life together. Not to mention, Sam is an Australian professional soccer player playing for Chelsea in the FA Women's Super League.

Mewis went to Whitman-Hanson Regional High School, where she played on the soccer team. She concluded her high school career with 74 goals and 34 assists. Mewis won some titles during that time, including the three-time NSCAA All-American.

From 2003 to 2007, Mewis played for the Region 1 Olympic Development Program team. She also played at the 2010 FIFA U-20 Women's World Cup and the 2008 FIFA U-17 Women's World Cup. Later, Mewis went to Boston College. As a freshman, she recorded five goals and six assists. Furthermore, Mewis ended her career with 39 goals, 38 assists, nine game-winning goals, and 21 multiple-point games. Her professional club career began when she got signed by the Australian W-League team Canberra United FC in 2013. With them, she just made two game appearances. After that, she joined FC Kansas City, making 20 games appearances for the team and scoring a goal.

In November 2013, Mewis was traded to Seattle Reign FC but didn't make a single game appearance. On November 18, 2013, Mewis was traded to the Boston Breakers. Representing Boston Breakers, she scored ten goals in 51 professional games. In 2014, she also played seven games on loan with Iga FC Kunoichi. For the 2015-16 season, Mewis played on loan with Bayern Munich in 7 matches scoring a goal.

Similarly, Mewis also played essential roles in teams like the Washington Spirit, the Chicago Red Stars, and the Houston Dash. Since December 16, 2021, she has been representing Gotham FC.

While representing the United Nations U17, U20, and U23 teams, Mewis appeared in many big tournaments. She also played in the 2010 U-20 Women's World Cup in Germany. In January 2013, she was called to the national training camp in preparation for a friendly match against Scotland. Kristie Mewis plays for the US team  SOURCE: Instagram @kmewis19

At the time of this post, Mewis has made over 45 game appearances for the senior team of the United States.

Who Are Kristie Mewis Parents? Details on Her Siblings and Family

Mewis was born Kristen Anne Mewis on February 25, 1991, in Weymouth, Massachusetts, United States. Her parents, Robert and Melissa Mewis, raised her and her sister Samantha June Mewis in Hanson, Massachusetts. 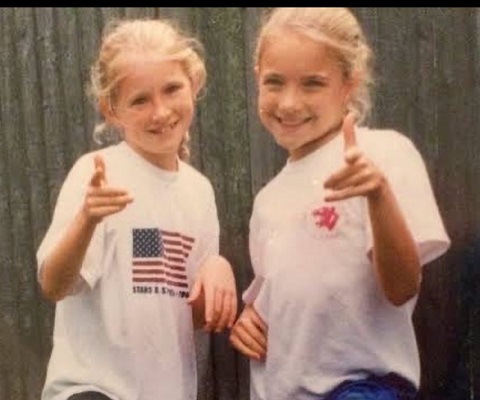 Kristie's sister Sam is also an American professional soccer player playing for Kansas City Current of the National Women's Soccer League. Sam also plays for the United States national team. Mewis grew up in a family that had a sports background. It is reported that both of her parents played soccer.

Moving into her physical appearance, Mewis stands at an average height of 5 feet 7 inches which is 1.70 m.

Besides, Mewis' weight is reported to be 64 kg.