One of the leading soccer in the National women's super league (NWSL) and the Australian W-League, Samantha May Kerr is an Australian soccer player who currently plays for the Chelsea FC in the English FA Women's Super League who is also the captain of the Australian National soccer team (the Matildas).

May was born on 10 September 1993 under the star sign Virgo who was born in East Fremantle, Western Australia alongside her brother Daniel Kerr.

Samantha Kerr Net worth: How much the Captain of the Australian W-League Earn Annually?

Samantha Kerr is one of the top-tier players in the women's football league. She started her journey in the football world from a very young age and has been playing since her teenage life. She Started her youth career in Western Knight. The youth players don't earn much in their teenage life. However, upon entering the professional league, she has amassed a net worth of $1.5 million. 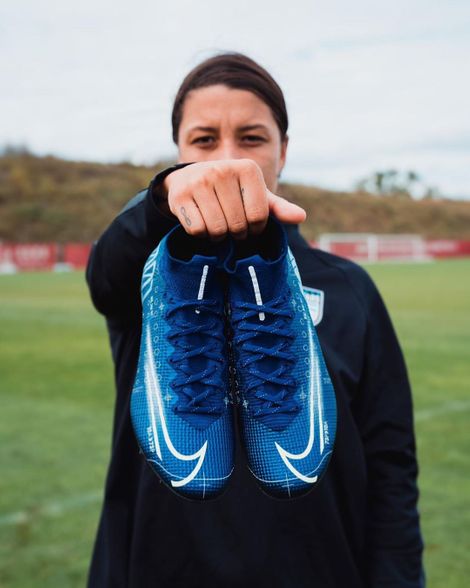 The 5' 6'' tall started her professional journey from Perth Glory. Since starting as a freshman, her salary might be less than other players. But that is not the case for the new recruit of Chelsea FC who signed a 2 and a half year contract with the Chelsea FC worth nearly $2 million. She is reported to earn $600,000 per season according to the sources from ABC.net.au. However, this might be far less compared to men's football, where players such as Wayne Rooney earn a staggering £300,000 a week.

“I want team success and I don’t want it to come easy. I feel Chelsea has been building something special over the years and I want to be a part of that — I want to lift some trophies,” said Sam in an interview.

As a prolific goalscorer, she is currently one of the highest-paid women in the FA Women's Soccer League (WSL). Besides her earning from the game, the superstar also receives sponsorship and endorsement deals that add a certain value to her net worth. she is currently endorsed by Nike and also the Brand Ambassador for Coca Cola-owned Powerade.

She is living a lavish and luxurious lifestyle from all the earnings in the W-league.

Is Samantha Kerr dating anybody?

They met each other while they were playing for the New Jersey league team Sky Blue FC in 2014. They came closer to one another when Kerr suffered a knee injury in the same year.

'She helped me a lot through my injury that may be why I feel so deeply connected to her because that was probably the worst time in my career,' Kerr said. 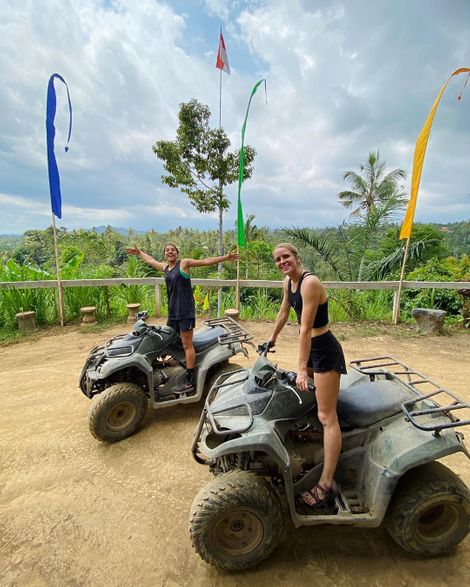 The Matildas captain is enjoying a wonderful and healthy life with her partner and is also seen enjoying life together. They always travel to different places and don't leave any moment to be apart from each other from their busy schedule.

Samantha Kerr alongside the Matildas, Lisa De Vanna, Kyah Simon, and Caitlin Foord were featured in an hour-long episode of ESPN's Aussies Abroad entitled, The Matildas. They show was featured to share their experiences playing internationally.

Kerr was also featured alongside her national teammates in the EA Sports FIFA video game series in FIFA 16, where for the first time women players were included in the game.

As an endorsement deal with Nike, May also starred in 2019 commercial, "Dream Further" which also featured Gerard Pique, Alex Scoot, Neymar Jr, Crystal Dunn, and Lieke Martens. In the same year, her trademark Backflip was featured in the Nike ad, "Dream Crazier" alongside other athletes such as Serena Williams, Megan Rapinoe and Diana Taurasi which aired on the 91st Acadamy Awards.

The forward for the Chelsea has appeared in many teams since starting her professional career. She debuted her senior career fro the Perth Glory where she met her partner Nikki Stanton.

Going forward, she moved to Sydney FC in 2012 and played in two seasons and also playing for the Western New York Flash during the same season of 2013-14. She came back and forth in Perth glory, Sky Blue Fc, and Chicago Red Stars during 2014-2019 playing for the three teams simultaneously.

In 2019, she signed a 2 and a half contract with the Chelsea FC and became one of the highest-paid female athletes in women's football. She has also appeared on the U17 Australian National Team in 2008-09 season and the 20019 Australian Team.