by Sushan 07 Jan,2022
Body Stats
Height 6 Feet 3 Inch
Weight 95 kg
Personal Info
Facts
Brady House is a baseball player by profession who currently plays in Major League Baseball(MLB). He plays as a baseball shortstop for the Washington Nationals team. He also represents the United States on the international stage. In 2015, he played and won the Gold Medal in the U12 Baseball World Cup in Tainan. Also, he was in the team of US when they won the U-15 Baseball World Cup in 2018.

He went to the University of Tennesse to play college baseball where he hit .653 points as a junior in 15 games. In his senior season at Tennesse, he recorded a .549 batting average and 52 52 runs scored. He was drafted in the 2021 MLB Draft. Eventually, MLB Team Washington Nationals picked him in the 11 overall selections from the draft.

There is no information regarding his parent's information. He has never shared his father's and mother's names in the media yet not have mentioned them on his Instagram. 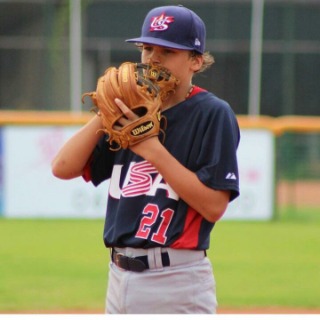 The American baseball short stopper went to Winder-Barrow High School where he played baseball. In his sophomore season, he hit .445 with five home runs and 21 RBI. For his performance of his senior season, MLB.com named him as the best power-hitting prospect of his class.

He was named as one of the major prospects in his class. Later, he committed to the University of Tennesse and also played baseball there.

Later, Washington Nationals selected him from the 2021 MLB Draft.

As of 2022, Brady House is just 18 years old and possesses a height of 6 feet 3 inches. His weight is recorded to be 95 kg. He bats and balls with his right hand.

He comes from a White ethnicity and has brown eyes with long brown hair.

According to sources, Brady House has an estimated net worth of $2 million in 2022. It includes his properties, cars, house, and all the monetary values. His main source of income is playing baseball in the MLB.

We couldn't find Brady's partnership with any major brands as of 2022. So, he has no major sponsors but it is sure that he can attract sponsors in the future. 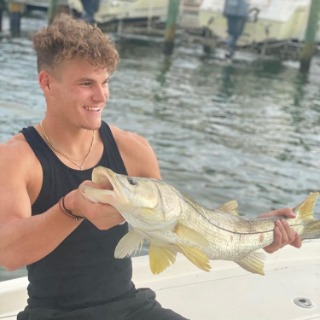 In 2021, he signed a contract worth millions with the Washington Nationals. Though the exact monetary value involved between the parties is not mentioned anywhere sources claim that he got a signing bonus of $5 million.

As of 2022, the 2015 U-12 Baseball Worldcup winning shot-stopper is just 18 years of age. And he is just at the start of his career. So, he can earn more amount of money in the future. 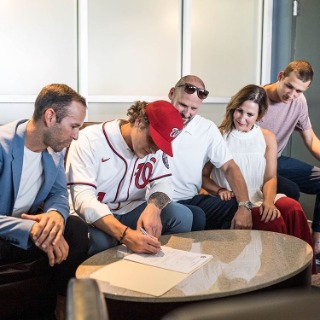 He lives a lavish lifestyle in his hometown with his family. He likes visiting different places and going fishing. He has never flexed about his cars and luxuries in his social media.

Read: Net worth and Career Earnings of Juan

Who is House dating? Relationship Status

The question of the fans of  Brady around the world is he is dating or not. Is he in a relationship or he is already married? 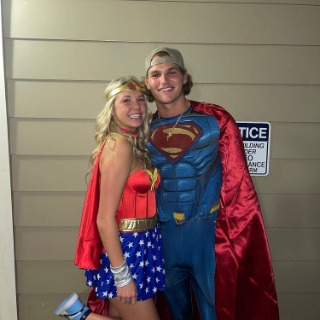 As of 2022, it is not sure whether he is dating or not but it is sure that he got a lot of female friends.

Read: Who is Chris Sale married to? What about his kids?

Extracting his Insta profile, we found a couple of his photos with girls. Though he has not mentioned anyone directly to be his partner we could clearly share that he and his friend Mary Landis Sarazen.

On November 2, 20021, he posted a photo with his partner Mary in the hallowed customs. There he was seen wearing Spiderman customer while Mary was wearing the Wonder Woman custom. And in the caption, while mentioning Sarazen, he wrote,

"halloween and @hardy concert with @mlsarazen."

In the end, he had an emoji of a love sign.

And in another photo in which the couple was seen joining their cheek. The photo was of Christmas of December 25, 2021, and he captioned it as Nuthin Fancy.

There Sarazen commented "I Love you" and to that reply, Brady House said I Love You.

So, fans can predict that Brady and Mary are dating. But it is not sure where they met and started dating each other.

So, who is Brady's partner Sara?

Brady House's estimated girlfriend Sara, in full, Sara Landis Sarazen is a cute girl from America. She went to Mull Creek High School and graduated diploma from the school in May of 2021. She is active on Instagram with the name @mlsarazen and has more than 10,000 followers. She has also posted a couple of photos with Brady on her Insta.

He is active on Instagram where he shares about his games, private life, and time with friends. His Insta Id is @brady.house and has more than 15,000 followers.