Kostas Tsimikas, a Greek professional footballer, is recently signed with the Premier League club Liverpool FC and also plays for the Greece national team as a left-back. He started his professional career with Olympiacos in 2015 and has also Esbjerg and Willem II on a loan. Earlier, he played for Greek club Olympiacos

Tsimikasis recently completed his transfer process with Liverpool for a reported fee of £11.75 million. How much will he earn as salary if he signs with Liverpool? Read his biography to know about his Salary, Career, Affair, Girlfriend, Age, and more.

Kostas Tsimikas salary and Net worth

The 24-year old defender will most probably join the current Premier League champion as he is going under medical soon. He will probably get a huge salary in his new club as a backup defender for Andrew Robertson. His weekly wage with the club is expected to be around £50,000 and will earn more than £2.6 million in a year.

Kostas' current net worth is estimated to be around a couple of thousands in 2020 but will surely rise as soon as he signs with Liverpool. Earlier while playing for Olympiacos, his annual salary was expected to be about £30,000 annually. 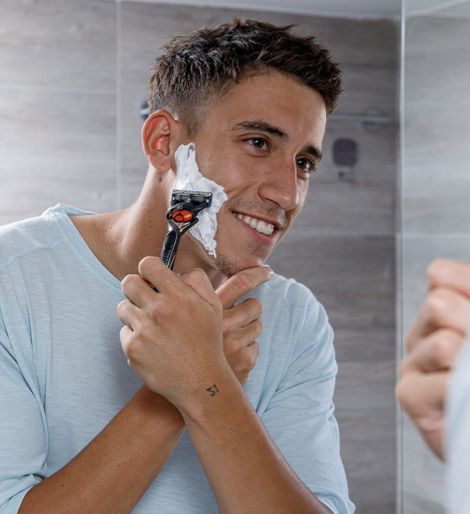 He also earns some money endorsing some brands and reportedly has a shoe deal with Nike. He also has a paid partnership with Gillette and also promotes it on his social media.

The Greek player is in his mid-20s and is still unmarried. He probably could be dating his girlfriend but has not yet revealed his relationship status in the media. There is no any information about his affair and girlfriend.

Kostas is in the peak of his career and is about to sign with the Premier League side which will take him to the next level. He is currently focused on building his career.

The Greek player was born as Konstantinos Tsimikas on 12 May 1996 and is 24 years old as of August 2020. He was born in Athens, Greece, and holds a Greek nationality.

As a youth, Kostas first signed with Neapoli Thessaloniki in 2010 and played for the youth team. He then joined Panserraikosand after three years, he signed with the youth team of Olympiacos. He made his senior debut with the club in 2015. In 2017, he was loaned to Esbjerg and was again loaned to Willem II for the same season.

He again returned to Olympiacos and played until 2020. Kostas recently agreed to join the Premier League champions Liverpool recently in August 2020. While the deal is yet to be announced, he will travel to Liverpool for medical.