Kira Aundrea Lweis Jr. is an American Basketball Player who is currently on the rooster of the Crimson Tide of the Alabama University. He attended Hazel Green High School and was ranked a four-star recruit coming out of high school by recruiting websites such as ESPN and 247 Sports. He is the second-youngest player to play in the NCAA Division I at the age of 17 behind Everett Perrot.

Lewis was born on 6 April 2001 under the star sign Aries. He was born in Alabama, United States.

The 19-year-old has recently declared for the 2020 NBA Draft upon finishing his college season at Alabama University. Lewis is ranked at No. 22 prospect in between Tyrell Terry and Jalen Smith. As per his projected salary in the NBA, he will receive the following salary if he is the No. 23 pick in the first round of the draft.

Furthermore, if the Point guard wishes to stay for the fourth year, his projected salary will be increased by 69.7% over the third-year salary according to reports.

However, the 6 ft 3 in hasn't earned any financial aid from his University as it breaks the NCAA rules. Since the players don't get any salary from their college but they do receive various incentives such as scholarships and benefits for enrolling at the university as a sports athlete. 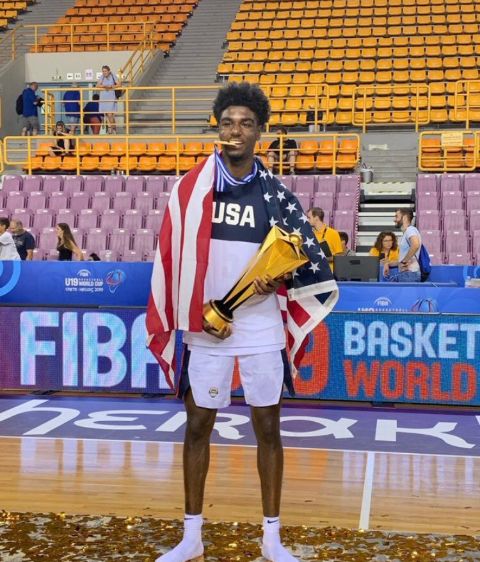 Besides college basketball, he has also played for the national team in FIBA Under-19 World Cup representing the United States and helped the team win the Gold. Although the detail of the rewards hasn't been revealed in any media, he would still have received a certain sum of amount for winning the tournament.

To Conclude,  the present estimated net worth as of 2020 of the Alabama native comes around $30,000 since he hasn't turned pro yet but as mentioned if he is selected in the round one pick, Lewis is soon to be a millionaire after turning professional.

Kira Lewis Jr. Girlfriend; Who is he Dating?

The 6' 3'' tall Lewis is very private about his personal life and hasn't revealed any information relating to his personal space. He is very limited to his social sites as well. Hence, we cannot surely commit to him not having a girlfriend. 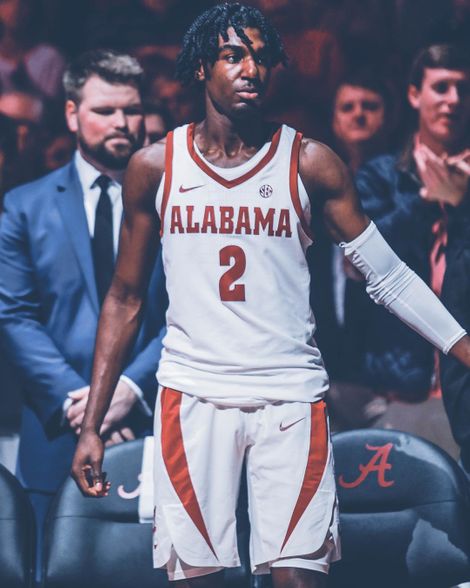 No. 2 for the Alabama Crimson Tide SOURCE: [email protected]

Although, he might be focused on his career right now since the 2020 NBA draft is approaching soon. Apart from his professional career, he is very secretive about his life and we can't really assume anything about the point guard just yet.

As a High School player, he played for the Hazel Green for three years averaging 28.5 points, 5.9 rebounds, 4.5 assists, and 3.9 steals per game. After finishing High School, he was committed to the Alabama University over offers from various NCAA Division I teams.

Playing for Crimson Tide, he averaged 13.5 points, 2.9 assists, and 2.6 rebounds per game in his freshman year and as a sophomore, he averaged 18.5 points, 4.8 rebounds, and 5.2 assists per game having won the different accolade in the team.

As mentioned, he has also appeared for the national team in the FIBA Under-19 World Cup and averaged four points and 1.6 assists per game.