John Petty Jr. is an American Basketball Player who plays for the Alabama Crimson Tide alongside Kira Lewis Jr. of the southeastern Conference (SEC). After finishing his high school season, he was ranked a four-star prospect by 247 Sports and a five-star prospect by ESPN, and Rivals who then committed to play for Alabama over offers from Kentucky.

Petty was born on 3rd December 1998 under the star sign Sagittarius. He was born and raised in Huntsville, Alabama, the United States alongside two sisters.

No. 23 – Alabama Crimson Tide's Small Forward has recently declared for the 2020 NBA draft. He might not be one of the best guys out there but he certainly shows some promising attribute on the court. As per sources from CBS Sports, he is ranked #74 prospect in between Paul Eboua and Myles Powell.

The Small Forward will be earning in millions if he goes on to be picked in the second round of the draft. As the previous years' players such as Jalen McDaniels who was a second-round pick signed a 4-year contract worth $6,129,593which includes a guaranteed amount of $898,310 and an annual average salary of $1,532,398 with the Charlotte Hornets. 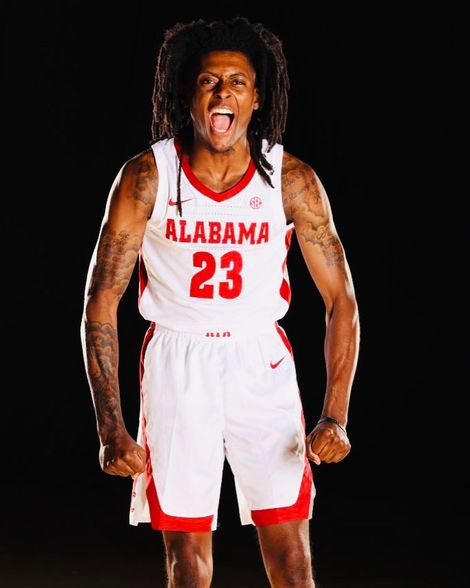 To review his net worth, Perry is still a college player and is yet to turn professional and start earning substantial cash from his professional career. But in return for his incredible performance for Alabama, the college do provide their students with Grant-aid and incentives, to make the athletes focused on improving their overall game. Petty received $25,986 in Scholarship alone from the university. In addition to the scholarship, there is medical insurance and large training facilities that the athletes are allowed to use to develop their minds and soul. As a result, his net worth is still under review and will be updated shortly.

The Alabama Mr. Basketball will be testing the draft water which he announced on 25 March 2020 via Instagram. The 20 years old has not hired an agent and still hold his college eligibility if he wishes to return for his senior year at Alabama. 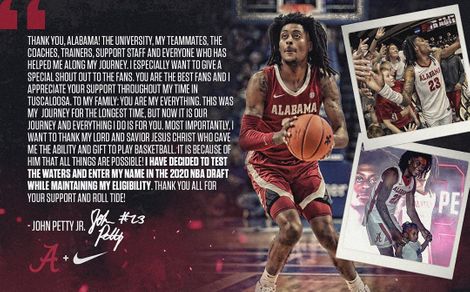 In a interview with head coach Nate Oat said, "Based on feedback that they get, they both may leave, (and) we're planning on possibly not having either of them back. ... The best course of action is to plan on them both leaving and if they happen to come back then it's a pleasant surprise."

The Second-team All-SEC was born to Parents John Petty Sr. and Regina Petty. His father also played basketball for the Buckhorn High School as a shooting guard in New Market, Alabama. The couple is blessed with three children. They have two daughters besides John. 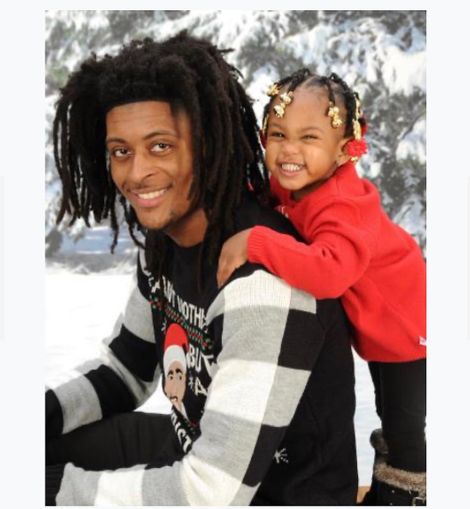 Furthermore, John Petty Jr. is a father himself who married his girlfriend Tamarra Flecher. The couple is blessed with a beautiful daughter Aubiella Nicole Petty who was born during John's freshman season at Alabama University.

Joining Alabama, John was included in the starting line up as a freshman where he averaged 10.2 points, 2.6 rebounds and 1.8 assists per game. He scored a season-high of 30 points and made a school record of 10 three-pointers in a single game against a 104-67 win over Alabama A&M.