Tyrell Terry is an American Basketball Player who played for the Stanford Cardinal of the Pac-12 Conference. Ending his season with the Cardinal, he announced for the 2020 NBA Draft. Although he has not ranked by any recruiting sites such as ESPN and 247 Sports beforehand, he gained the attention as a National Basketball Association prospect for his shooting accuracy.

Terry was born on 28 September 2000 under the star sign Libra. He was born and raised in Minneapolis, Minnesota where he played basketball at DeLaSalle High School winning five straight titles.

The NCAA Division I players do not get any financial aid from their respective universities but, in turn, get a scholarship for playing their team and helping them achieve the state championship. Hence as a collegiate player for the cardinals, he has not received any remuneration in terms of cash. 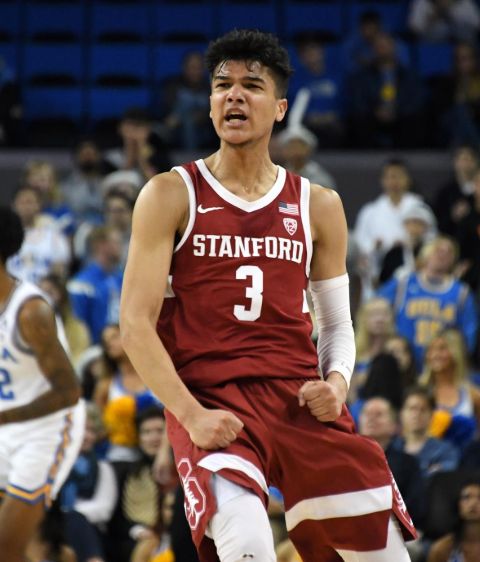 No. 3 for the Stanford Cardinals SOURCE: Stanford Athletics

Henceforth, he is applying for the 2020 NBA draft to become a professional in the NBA. He is currently ranked #21 at the NBA top prospect in between Theo Maledon and Kira Lewis Jr, according to the CBS Sports. As a top contender in the prospect, Tyrell is considered a first-round pick in the draft.

If Tyrell is selected as the 21 picks in the draft, his projected salary will look something like this.

The fourth-year option will bring about a 59.3% increment in the third year contract if he wishes to stay with the team. The minimum period needed to stay is two years.

Since the point guard for the Cardinals has not earned any substantial earning from his basketball career, his estimated net worth is still under review and will be updated shortly.

Tyrell Terry Girlfriend; Who is the Stanford player dating?

The Stanford Sophomore is yet to find someone who stays by her side on the cheering section. As a NBA prospect, he might be focused on his career for the time being and is not looking for any relationships. 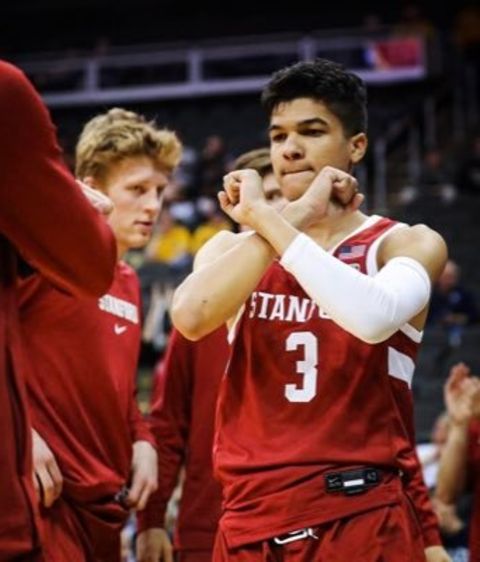 Scrolling down his Instagram, he has only uploaded a handful of posts on his account where he is only seen with his friends or on the court. That being said, he is most probably single right now and is working hard on his professional career.

Having a smaller build, he is one of the low build players in the prospect but has good agility and shooting accuracy of  40.8 three-point percentage and team-high 89.1 free throw percentage in his collegiate year.