Born on 17th June 1990, Kevin Molino's place of birth is Carenage, Trinidad, and Tobago. By nationality, he is Trinidadian, who belongs to the African ethnic background. In 2015, he got his U.S. green card, which passes him as a domestic player for MLS roster purposes.

How Much Is Kevin Molino's Net Worth And Salary In 2020? Know His Market Value

Jersey No. 7 attacking midfielder, Kevin Molino makes $546,254 per annum as salary. His salary history is given below:

He spent his career playing in the TT Pro League, with San Juan Jabloteh and Ma Pau SC, earning a decent salary.

Additionally, he earns some from Trinidad and Tobago national team, where he has been capped 49 times with 21 goals. Besides, the endorsement might be the other source of income, but he has not disclosed any information about it.

Kevin Molino is a father of two children, but information about him being a married man is yet to confirm. Often, he shares adorable pictures of his two children via his official Instagram. Besides, on 16th December 2018, he shared a picture with his two kids and a woman who public belives his wife and mother of his children. Currently, there is no established information about his relationship status in the media. 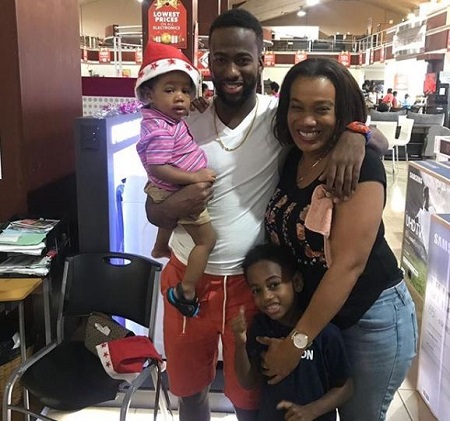 After playing four years in his country's club San Juan Jabloteh and Ma Pau SC of the TT Pro League, Molino joined Orlando City of the USL Professional Division on 18th March 2011. His first professional goal came on 14th May 2011 in a 1-0 victory against the Pittsburgh Riverhounds. In total, he played 87 competitive matches with 27 goals until 2014.

In 2015, he signed to the Orlando City but of the MLS side where he had teammates such as Dom Dwyer and Kaka. On 2nd May 2015, he tore his right ACL during club's friendly against Ponte Preta, which led to missing the remainder of the 2015 MLS season. The following season, on 3rd April, he scored his first goal for the team in a 4-1 victory against Portland Timbers.

On 26th January 2017, Molino joined Minnesota United FC after Minnesota paid Orlando City $650,000 in allocation money for the player. Moreover, tore his left ACL in a match against Orlando City FC following two goals in the first game of the season.