A Slovak football midfielder Jan Gregus currently plays for the Minnesota United in the Major League Soccer since 2019. He started his professional career with Nitra in 2009 and also played for Jablonec, Bolton, and Copenhagen. He also won the Danish Superliga and Danish Cup with Copenhagen in 2016.

How much does Jan earn playing in the MLS for Minnesota? Is he Married? Who is his Girlfriend? Here we have the biography about his where you can everything about him.

What is Jan Gregus' Salary and Net worth?

Jan Gregus currently earns $750,000 as a base salary in 2020 and his total earnings including guaranteed compensation is reported to be $883,500. He earned the same amount as his salary in 2019 too and has not seen the rise in his wage. He is also one of the highest-paid players of the team along with Darwin Quintero and Osvaldo Alonso. 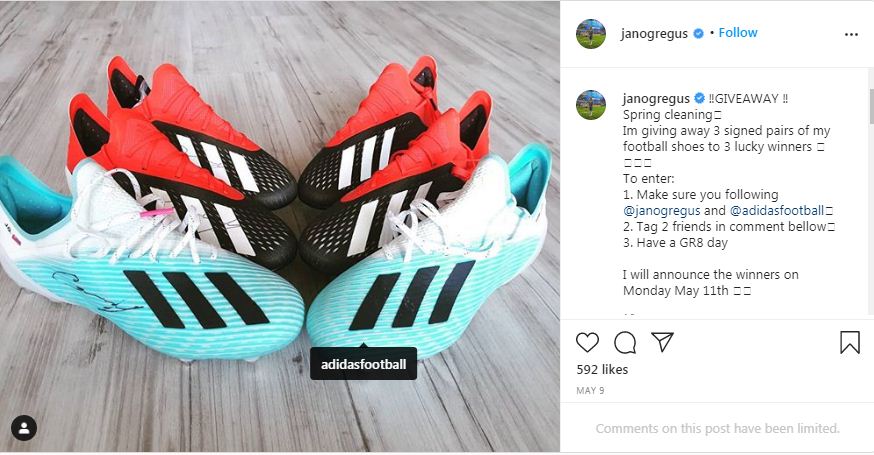 Moreover, Jan also has endorsement deals with several companies, products, and brands. He has signed a sponsorship deal with Adidas and also promotes the shoes.

Gregus, the Minnesota midfielder, has reportedly not married and doesn't have a wife. As per some sources, he is single and is not dating any girl at the moment.

Jan Gregus was born on 29 January 1991, in Nitra, Czechoslovakia. He is 29 years old as of 2020. Jan started training football in 1997 when he was just 6 years old by joining the academy of Nitra. He trained with the youth team for 12 years and started his professional career with the senior team of Nitro in 2009.

The Slovakian footballer played only 4 matches for his hometown club Nitra and joined Baník Ostrava in 2009. He played for the club for 6 years and was also loaned to Premier League club Bolton Wanderers in 2013 for a season. He then transferred to Jablonec in 2015 where he remained for a year.

Jan signed a contract with the Danish club Copenhagen in 2016. He also won the Danish cup and Danish League with the team in 2016. After two years, he signed a deal with the MLS club at the end of 2018 and has been playing for the team since then.

Jan Gregus has also been the member of the national team since the youth level. He was in the Slovakia U19 team for a year in 2019 and was also included in the Slovakia U21 squad for two years until 2012. He made his senior team debut in 2015 and has been representing the team since then. He has made 26 appearances and scored 3 goals.