Dominic James Dwyer, a.k.a Dom Dwyer is a professional soccer player currently signed to MLS side Orlando City and the United States men's national soccer team. 1.76 m tall defender, he was drafted by Sporting Kansas City in the 2012 MLS draft.

Cuckfield, West Sussex, England native, Dwyer was born on July 30, 1990, under the star sign Leo. In March 2017, he became an American citizen.

Earlier, he played for Sporting Kansas City. His earnings from the team is disclosed below:

A Nike athlete, his endorsement deal must be lucrative. As of 2020, his net worth is approximately $2 million.

Dom Dwyer is married to a professional soccer player and Olympic gold medalist, Sydney Leroux. The couple started dating back in 2014. 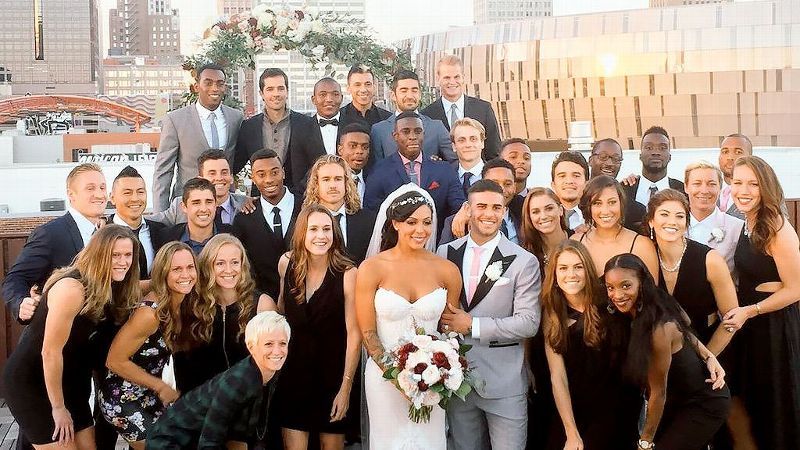 The following year, in January, they tied the knot in a private ceremony, announcing it on February 14 on their social media. Leroux and Dwyer became the first husband and wife to score goals for the U.S. men’s and women’s national teams in 2017. 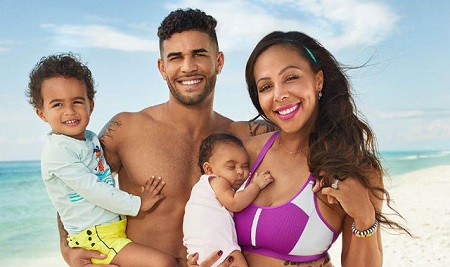 In September 2016, the couple welcomed their first child, a son, Cassius Cruz Dwyer.  Further, their daughter, Roux James Dwyer, was born on June 28, 2019.

Dom Dwyer was born to Chris Dwyer and Linda Dwyer. Initially, he was spotted playing for King's Lynn Community Football and was then signed into the youth program of Norwich City.

Dwyer studied at the College of West Anglia from 2006 to 2008. Dwyer moved from England to attend Tyler Junior College in Texas. Along with the study, he played college football, scoring 37 goals as a sophomore. After two years at Tyler, he made a move to the University of South Florida, where he played in 2011.

For the 2013 season, Dwyer, along with three other teammates, was loaned to USL side Orlando City as part of the alliance between the two clubs. On June 27, 2013, he was recalled by Sporting.

On July 25, 2017, Dwyer was traded to Orlando City SC. On January 3, 2018, he signed a three-year contract extension and currently plays alongside Pedro Gallese, João Moutinho, and Nani.