Kenneth Lee Stills Jr. popular as Kenny Stills is an American football wide receiver currently signed to the Houston Texans of the National Football League (NFL). In the 2013 NFL, he was picked by the New Orleans Saints in the fifth round. Further, he played four seasons for the Miami Dolphins.

Eden Prairie, Minnesota native, Stills was born on April 22, 1992, under the star sign Taurus. The 6 ft 1 tall holds an American nationality and belongs to the mixed ethnic background.

Before that, he inked a four-year, $2.35 million contract that includes a signing bonus of $194,452 with the New Orleans Saints, which was his first NFL contract. 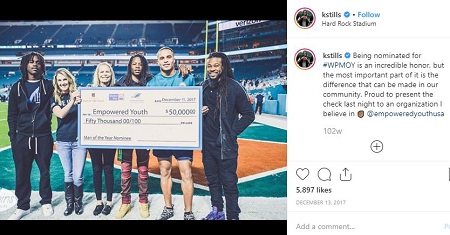 Besides, the NFL star is also active in charity works.

Its been a long-time that Kenny Stills is dating Maddy Thomas, who previously dated fellow NFL star, Michael Floyd.

Kenny's girlfriend Maddy is a graduate of Michigan University, who works at Insight Global, where she began as a technical recruiter in March 2016. She holds a Bachelor's degree in Communication and media studies. A native of Saint Paul, Minnesota, she studied at Cretin-Derham Hall High School. 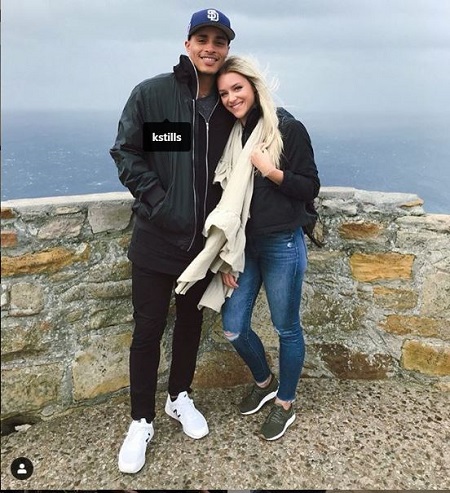 Previously, Maddy dated Michael Floyd who is currently a free agent wide receiver. Maddy and Michael knew each other since their high school and dated until around 2013.

Stills and his bae often give public apperance; they are not shy to flaunt their love in front of the world. They often share adorable pictures via their respective socials, as well.

After completing his high school level education at La Costa Canyon High Scholl in Carlsbad, California, he enrolled at the University of Oklahoma. He did not graduate; instead, he entered the NFL Draft.

Stills is the 16th wide receiver drafted in 2013 who was picked by the New Orleans Saints in the fifth round (144th overall). On May 10, 2013, he signed his first professional contract with New Orleans Saints and made his debut in the season-opener against the Atlanta Falcons, where he caught two passes for 86 yards in a 23-17 win.

On March 13, 2015, New Orleans Saints traded him to he Miami Dolphins in exchange for Dannell Ellerbe and a third-round pick in the 2015 NFL Draft. The following season, he started all 16 regular season games recording 42 receptions for 726 yards and nine touchdowns. In 2017, he agreed to extend his contract to a four-year with the team.

On August 31, 2019, Stills was traded to the Houston Texans along with Laremy Tunsil in exchange for Johnson Bademosi, Julien Davenport, two first-round picks, and a second-round pick. Upon joining the club, he teamed up with Jacob Martin, Lonnie Johnson Jr., and Tytus Howard.

In week 1, he made his debut with the Texans against the New Orleans Saints, where he caught three passes for 37 yards and a touchdown in the 30-28 loss.