Lonnie Johnson Jr. is an American football cornerback who is currently signed to the Houston Texans of the National Football League (NFL). The team picked him in the 2019 NFL draft with 54 picks in round two.

Gary, Indiana native, Lonnie Johnson Jr. was born on 4th November 1995 under the star sign Scorpio. The twenty-four years old holds an American nationality who came from an Afro-American background.

In June 2019, he bought a beautiful house for his mom.

On 17th November 2018, Johnson Jr announced that he is expecting his first kid with his girlfriend with an emotional caption on Instagram. 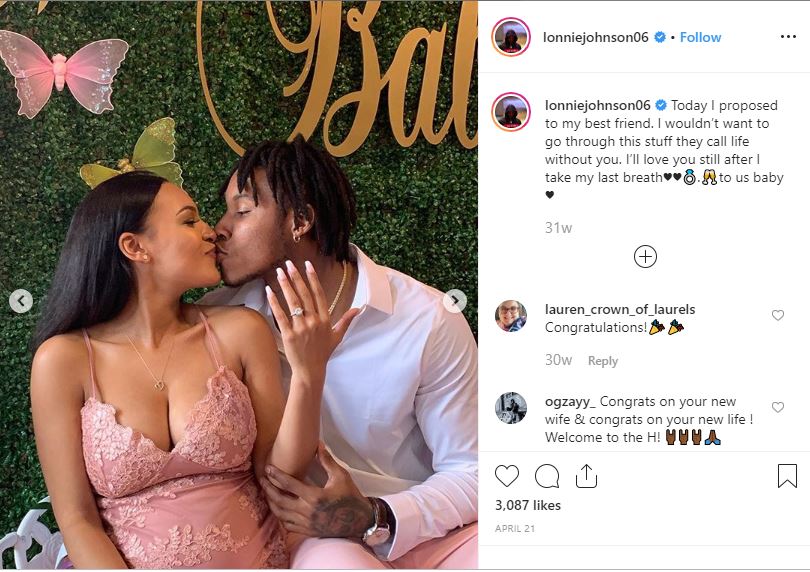 Giving good news in a row, on 21st April 2019, he shared that he went to Kentucky to propose his bae, Selena Morgan. 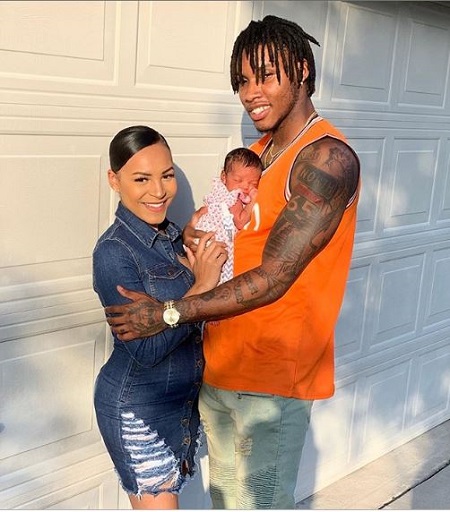 On 20th June 2019, the couple welcomed their little one named, Yesenia Marcel Johnson and again shared the news with heartful caption on Instagram.

Nicked name as "Lotto", he was born to Nora and Lonnie Johnson. He has a younger brother as well. Further, his cousin Jon’Vea Johnson grew up like brothers and had prodigious athletic talent.

For high school, Johnson enrolled at West Side Leadership Academy in Gary, Indiana. There was the time when he was in high school that his family moved into his grandmother’s two-bedroom home for several months after their house was put on the market without their concern.

Johnson initially committed to Ohio State University to play for the college team but later de-committed and went to San Bernardino Valley College. Later he was transferred to Garden City Community College. Nevertheless, he did not play in 2016, to concentrate on academics.

Furthermore, he was transferred to the University of Kentucky in 2017 where he had 64 tackles and one interception, in two seasons at Kentucky.

In the 2019 NFL Draft, Johnson was selected by the Houston Texans in the second round with 54th overall. On May 10, 2019, he inked his rookie contract.