Karolina Pliskova is a rising Czech professional tennis player. She is currently ranked No. 6 in the world as of October 2020 and has been ranked inside the top 10 continuously since late 2016. In July 2017, Karolina was ranked at No.1 in singles. She has won  16 singles and five doubles titles on the WTA tour, ten singles, and six doubles titles on the ITF Circuit.

Karolina Pliskova was born on March 21, 1992, in Louny, Czechoslovakia. She is among the two children born to Mastina Pliskova and her husband, Radek Pliskova. She has a twin sister named Kristyna Pliakova, who also plays tennis and won one single and four doubles titles on the WTA Tour. Talking about her physical appearance, Karolina stands six feet and one inch tall and weighs 70 kgs.

Karolina Pliskova's Net Worth and Earnings

Karolina is one of the most successful tennis players. She has been accumulating a hefty sum to her net worth through her successful tennis career. Karolina has an estimated net worth of more than $15 Million. She is ranked at number 17 in the all-time money list with a total earning of $19,516,617 as her prize money from both singles and doubles. 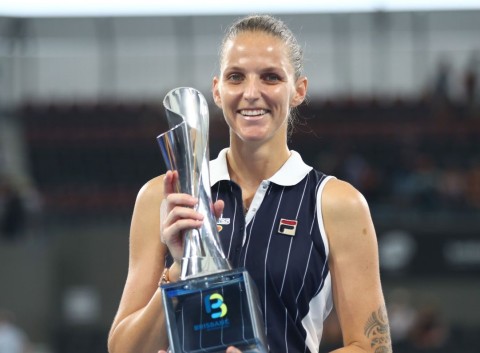 Karolina must be taking home millions from her endorsement deals and sponsorships. She has signed several contracts with numerous companies for her apparel, clothing, racquets. Pliskova has an apparel and shoe deal with Fila since 2016. She is also linked with SmartWings, a budget airline.

Who is Karolina Pliskova's Husband?

Karolina is married to her longtime boyfriend, Michal Hrdlicka. The duo walked down the wedding aisle in July 2018. She shared the news through her Instagram post. They first met each other at the same TV Show and had been dating each other since 2016. Michal is a TV Presenter and also works as Pliskova's manager. 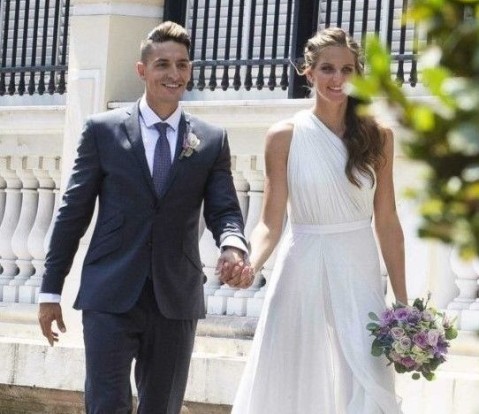 The wedding photo of Karolina and Michal SOURCE: Pinterest

The love birds got engaged in 2017. Michael has a daughter from his previous relationship. He can be seen attending his wife's game regularly. Both of them are active social media users and can be seen in each other's timelines regularly.

Pliskova started playing tennis with her sister from a very early age. She won the 2010 Australian Open Junior. Karolina came to the limelight after winning three back-to-back matches in her debut French Open in 2012. In 2013, The Czech tennis player won her first WTA title. In the following season, Karolina reached No.24 after making it to several international tours.

In 2015, Karolina started the season with a win over Victoria Azarenka. At the end of the season, she reached the WTA Elite Trophy final but lost to Venus Williams. In the 2016 season, Pliskova reached the US Open's last but lost the final against Angelique Kerber and eventually entered the top-5 in the world ranking.

By the end of the 2017 season, Karolina reached No.1 in Singles after reaching the French Open Semifinal. In 2020, she defeated Ajla Tomljanovic and Naomi Osaka in the Brisbane Open. In early 2021, Pliskova lost the third-round match against Karolina Muchova in the Australian Open.