Ajla Tomljanovic is a famous Croatian-born Australian professional tennis player. Ajla has won a total of seven titles, which includes four ITF single and three ITF Doubles. She is currently ranked at No. 38 in Singles (highest to date). In her amateur career, Ajla won the 2009 Australian Open girls' doubles title with Christina McHale.

Ajla Tomljanovic was born on May 7, 1993, in Zagreb, Croatia. She is among the two children born to Ratko Tomlkanovic and his wife, Emina. Her father is a handball player and winner of the 1992 and 1993 handball European Cup. She has an elder sister Hana, who played tennis for the University of Virginia. Talking about her physical appearance, Ajla stands five feet and eleven inches tall and weighs 67 kgs.

How Rich is Ajla Tomljanovic? Know About Her Net Worth, Career Earnings, and Sponsors

Ajla Tomljanovic has an estimated net worth of more than $3 Million. A tennis player does not need to win an event to earn prize money. It is divided in terms of their round. However, She has not been able to win significant tours but has made it to the top in several events and has earned $4,278,194 (as of March 2022) as her prize money from both singles and doubles. 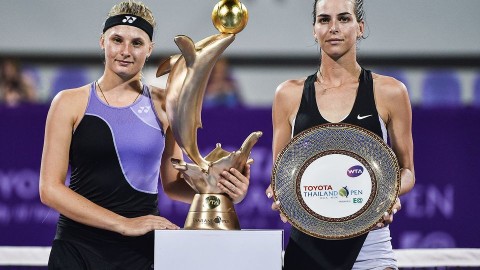 Talking about her sponsors, she has a clothing sponsorship deal with K-Swiss and uses Wilson racquets. In her early days, Nike sponsored her outfits and her games.  From US Open, Tomljanovic has earned $309,838 from singles and $36,229 from doubles. In early 2021, Ajla earned $8,275 from just a few events.

Ajla Tamljanovic is involved in a romantic relationship. She is dating Italian Tennis player Matteo Berrettini. Both of them are active social media users and follow their posts; it seems like they have been dating each other since 2019. In an interview, she shared that their relationship is mostly long-distance, as they both travel a lot, so they heavily rely on video chat. 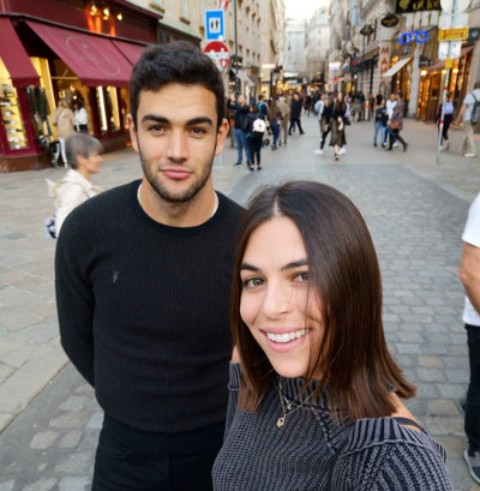 Ajla has had some on and off relationships before this as the tennis player dated fellow Aussie and tennis player Nick Kyrgios. The pair were together until 2015 but separated for personal reasons. Also, her current boyfriend, Matteo previously dated another tennis player, Lavinia Lancellotti of Italy.

Although the Croatian tennis player turned professional in 2009, she came into the lime only in 2014. In between this time, Ajla won an ITF doubles title in 2009. She was out of the game for a whole season in 2012 due to mononucleosis. In the 2014 season, Tomljanovic made it to the top 50 in World Ranking after making it to the Australian Open's second round.

In the 2015 season, Ajla reached her first WTA Tour final but lost. The same year, she reached the semifinal of the Japan Open and the US Open's quarterfinal. The following season, Tomljanovic rested the whole season after going shoulder surgery. 2017 was her comeback year, but she could not make the most. She jumped from 930 in the ranking to 151.

Since then, Ajla has been trying to make it to her top. In early 2021, she missed a perfect chance to qualify for the next round in the Australian Open and lost in the last set against Simona Halep.

For more about tennis players, refer to Playerswiki.com.