Reginald Jordan Perry, simply known as Reggie Perry, is a college basketball player for the Mississippi State Bulldogs of the Sothern Conference (SEC). After a freshman season, the hunk declared for the 2020 NBA Draft. Perry is ranked 59th at the 2020 NBA Draft Prospect Rankings.

Born on 21st March 2000, Perry was a enrolled at Thomasville High School r1bang, where he earned Georgia Class 2A Player of the Year honors. Besides, the twenty-year-old has represented the United States national under-19 team at the 2019 FIBA Under-19 World Cup and won a gold medal.

Mississippi State forward Reggie Perry entered the 2020 NBA draft. He announced his decision on social media and was congratulated by the school in a tweet. Further, the 6-foot-10, 250-pound sophomore was selected as The Associated Press Co-Southeastern Conference player of the year after ranking in the top 10 of several conference categories. 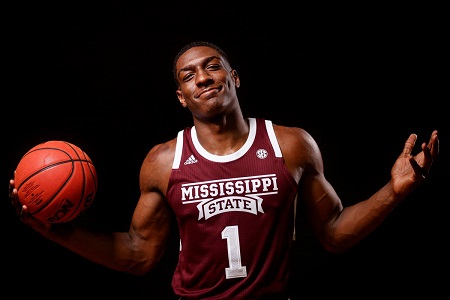 As reported, lead NBA Draft writer, Jonathan Wasserman did not include Reggie in his most recent mock draft of first-round picks, and Sports Illustrated's Jeremy Woo ranked him as the 79th-best player available in this year's draft and provided a scouting report. Further, CBS sports has listed him 59th at the 2020 NBA Draft Prospect Rankings.  Perry may not be a first-round lock, but he thrived against the elevated competition in the SEC last season and left his mark on the Mississippi State program.

Now talking about the salary for the 2nd pick, there are no official reports for the payroll, but we can estimate from the previous one. 2019 59th pick NBA draftee, Dewan Hernandez signed a three year / $4,198,912 contract with the Toronto Raptors, including $898,310 guaranteed, and an annual average salary of $1,399,637. If Reggie goes select as expected by the CBS Sports, his contract could be quite similar to the previous one.

No. 1 – Mississippi State Bulldogs power forward, Reggie is in the initial phase of his career. Declared for the 2020 NBA draft, he is much focused on his career rather than anything else. Seem like, the hunk doesn't want to indulge in romantic relationships, or might be he is a low key person. 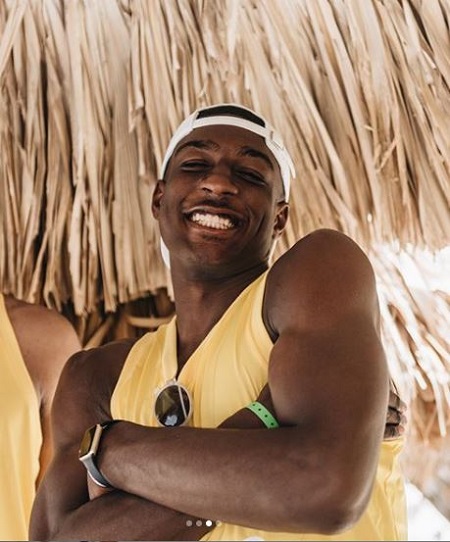 Reggie actively surfs Twitter and Instagram and regularly updates to his fans. Regarding his physique, he stands 6 ft 10 in (2.08 m) tall and weighs 250 lb (113 kg).

Continue The Family History With The Bulldogs

Reggie Perry is the son of Al Perry, who played basketball for Mississippi State in the mid-1970s and recorded 510 career assists, currently the third-most in program history.

Initially, Perry committed to play college basketball for Arkansas on 17th August 2016, but in the following July, he de-committed from the program. Well, Reggie Perry followed in his father's footsteps and carried on a family tradition.

The basketball forward signed with Mississippi State. Decades after his father, Al Perry was a Mississippi State point guard; hence, Reggie decided to continue that family history with the Bulldogs, and his father's path was a big reason in his college decision.