Kairi Sane was born as Kaori Hosako on 23 September 1988, in Hikari, Yamaguchi Prefecture, Japan, to a Japanese family. She has a sister who is three years older than her. She graduated from the Hosei University with a bachelor's degree in Japanese literature.

She was interested in acting right through her young age. She did theater work, where she performed as a professional wrestling villain.

Kairi Sane's Married Life; Who is her Husband?

Currently, 32 years old the professional wrestler is a married woman and is living a happy life with her husband. Though the name of her husband hasn't been revealed it's official that they are married. When asked about her personal life she revealed that she got married to her husband whom she was in a long-distance relationship for a long time. 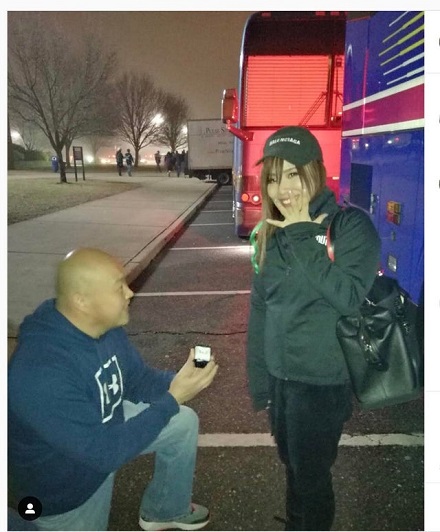 Kairi with her husband SOURCE: Reddit.com

The couple tied their knots on February 22, 2020, in a private ceremony among their family. In fact the main reason behind quitting WWE as a player was to live a happy married life with her husband in Japan together. The couple together doesn't have any child yet but are living together happily.

Kairi Sane's Salary and Net Worth

Along with the level of success she has attained in her career, she has been able to amass considerable earnings and net worth for herself. As of 2021, Kairi Sane has an estimated net worth of $4 million including her career earnings and salary. As per her contract with WWE, She is receiving an annual salary of $250,000. 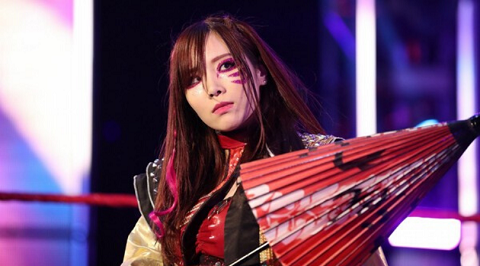 She is currently serving as WWE ambassador and a trainer in her own country through which she is having a good earning which keeps adding to her net worth. She is a good friend of Asuka, a fellow professional wrestler.

Kairi Sane signed a three-year contract with WWE in 2017. She defeated Tessa Blanchard in the tournament's first round in her WWE debut match on June 13, 2017. She made her television debut on NXT, defeating Aliyah. She further competed in a fatal four–way match for the vacant NXT Women's Championship, but was unsuccessful as Ember Moon won the match. 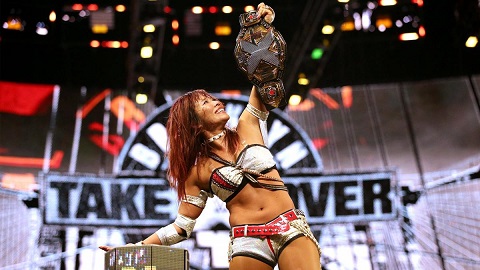 She won the NXT Women's Championship in 2018 and subsequently won the 2018 NXT Year-End Awards for Female Competitor of the Year. Since 2020 she has been serving as a WWE ambassador and trainer in her native country.