Justin Holiday is an American professional basketball player. He currently plays for the Chicago Bulls of the National Basketball Association (NBA).

Holiday played college basketball for the Washington Huskies. In 2015, he won NBA championship with the Golden State Warriors. Holiday is married to Shekinah Holiday. Husband and wife are blessed with a daughter from their relationship.

Justin Holiday was born on 5th April 1989, in Chatsworth, Los Angeles, California, United States. His parents are mother Toya Holiday and father Shawn Holiday. He grew up along with his siblings, brothers Jrue Holiday and Aaron Holiday and a sister Lauren Holiday. 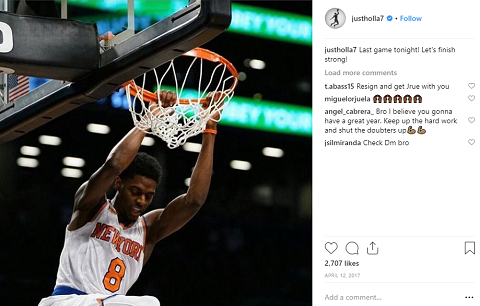 Holiday belongs to an American nationality and holds African-American ethnicity. He attended Campbell Hall School in Studio City, California. Holiday graduated from the University of Washington.

Justin Holiday averaged 19.1 points, 9.5 rebounds and 2.0 blocks per game during his high school career. Likewise, he averaged 0.7 points and 2.1 points, 2.5 rebounds and 1.2 assists per game respectively in his freshman and sophomore years at college basketball career.

In the 2011 NBA draft, Holiday remained undrafted so he joined Okapi Aalstar and played the 2011–12 season. Moreover, he played 2012–13 season and 2013–14 season for Cleveland Cavaliers and Philadelphia 76ers respectively.

Justin Holiday is a married man. Holiday tied the knot with his wife Shekinah Holiday on 23rd August 2013. Their wedding ceremony was held at Ruston, Louisiana, United States. From their marital relationship, the pair is blessed with a child, a daughter born in November 2017. 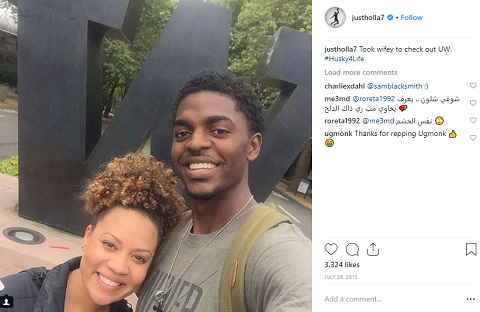 However, the name of their daughter is yet to be revealed. Holiday and his wife Shekinah are still together since their wedding. Holiday spends vacations with his family and frequently shares photos of his spouse and child on his Instagram and Twitter.

The husband and wife are maintaining a peaceful relationship without facing any rumors of divorce and extramarital affairs. Other than this, there are no any records of Holiday's past relationships.

Justin Holiday Net worth and Salary

Holiday has played for clubs including Golden State Warriors and Atlanta Hawks. Currently, he plays for Chicago Bulls. On 10th July 2017, Holiday signed a two-year contract with Bulls for $9,000,000 which include an average annual salary of $4,500,000.