Quintorris Lopez famously known as Julio Jones is an American football wide receiver who plays for the Atlanta Falcons as a wide receiver in the National Football League (NFL). He played the college football from Alabama during 2009 and led the Crimson Tide to an undefeated 14–0 season. He initiated to play professionally when he was drafted by the Atlanta Falcons sixth overall in the 2011 NFL.

The Afro-American football player who is 6 ft 3 in tall, was born under Aquarius star. He is a three-time second-team all-pro member and seven times winner of ProBowl. He was born on February 8, 1989, in Foley, Alabama. He completed his high school from Foley High School and graduated from Alabama University.

Julio Jones is the big name in the NFL, and considering his playing skills and popularity, he has earned an enormous amount of wealth and fame through his playing career. His estimated net worth is staggering $86 million as of  2020. 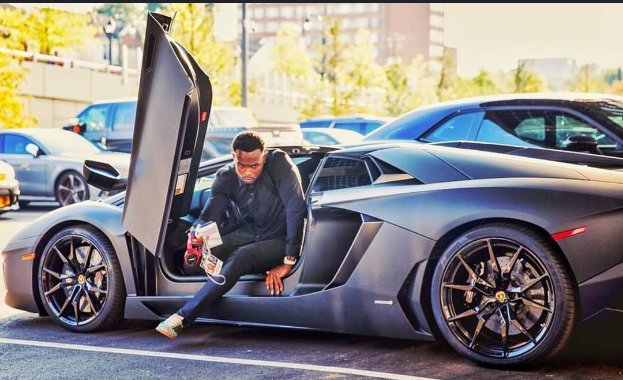 When a wide receiver of Atlanta Falcons signed a 3-year agreement with Falcons, he got the contract worth $66 million including a $25 million as a signing bonus where $64 million is guaranteed amount his teammate .

Currently, he is earning an average annual salary of $22 million annually and is the second-highest-paid player of the team behind Matt Ryan who is the highest earner of the team.

Overall his 2020 bonus option has reached up to the $11million as well as $2 million is guaranteed amount as of 2020 injury salary.

Glimpse Of His Business Ventures

Julio Jones established a four-wheeler dealership on Jan 2018. He launched dealership as Julio Jones Kia and Julio Jones Mazda Car, which is situated around Tuscaloosa, Alabama. By lunching this dealership, he has given a chance to the Falcons fan so that they could purchase a car sold by Atlanta Falcons football player. 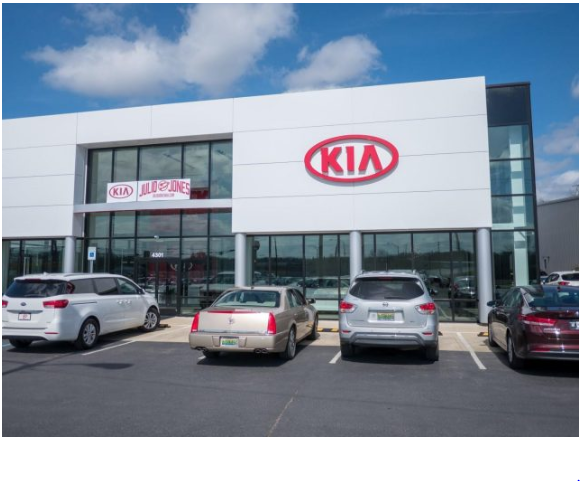 Julio also owns multi-use complex around Georgia, and this Complex is all about providing joyful and entertainment time for local children.

To start multi-use complex, he just dropped a staggering amount of $200 million, and all of his business ventures are run as a foundation, which means in future also he will be putting some more portion of his wealth on new business outlets.

It is evident that the more people earn, the more they spend, and the Falcons Wide receiver has spent a significant portion of his income while purchasing his dream homes. Within one week, he purchased three lavish houses within the area of Atlanta, Georgia. He buys a wholly renovated 4-bedroom ranch-style home in an Atlanta suburb, which is worth $532,500.

Within 24 hours after buying the first one, Julio buys another house, which is also a renovated home and costs him around $555,000. 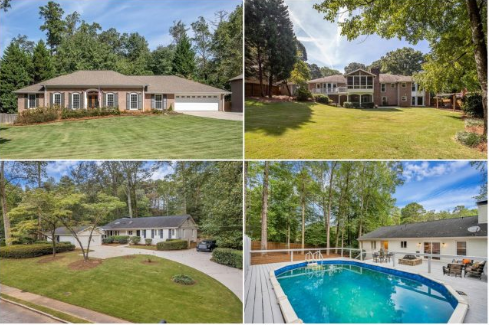 By owning these houses, he has fulfilled his promise he has made to his mom Queen Marvin. He promised his mom that if he made it to the NFL, he would buy this real estate for the sake of his family and relative.

Later on, he purchased the third one, where he currently resides. His third purchase was penthouse Features premium-round wooden floors, an electric fireplace, all stainless steel kitchen appliances, and spectacular views of the nearby Olympic Park. 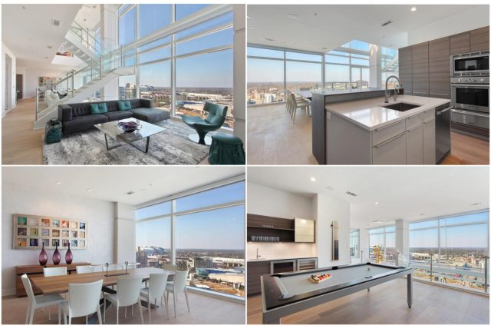 The building is within easy reach of Mercedes-Benz Stadium. It has more than enough architectural gems to keep its occupants delighted, including 24-hour valet service, a spa, a landscaped garden, and even a high-rise parking structure.

Julio lowered $1.25 million off over a bonkers manor house out the front of Atlanta in April 2013, which is his fourth shelter. 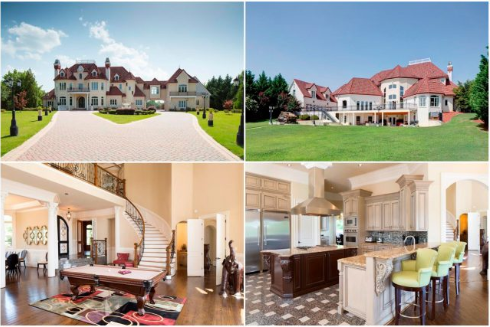 It's beyond just from a shelter where there is no claim of any absence of personalized features, from the rec room and theater to the outback pool in the resort theme, and later on, Julio advertised the residence for $1.75 million in July 2015. Two months then, he sealed the deal for $1.5 million.

There is no question in being extravagant when someone is a multi-million dollar man, and besides his lavish houses, he has showered the big amount of his wealth in branded cars also. 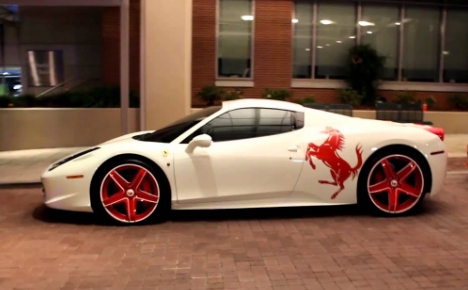 He has a Modified Ferrari, which almost cost him a million-dollar, and while buying a 2019BMW series, he made payment of $350,000. His one of the most expensive car is Lmborgini in black color whose sale value is $0.9 million.

Rumor And Affair OF Julio

Julio Jones is one of the most eligible bachelors of the NFL. However, it's hard to comment on his personal life and affairs because he has kept his relationship status secret. But that doesn't mean he was not in a relationship previously. First rumor came out a couple of years ago when people thought that he was dating Mexican Singer Jasmine Villegas. 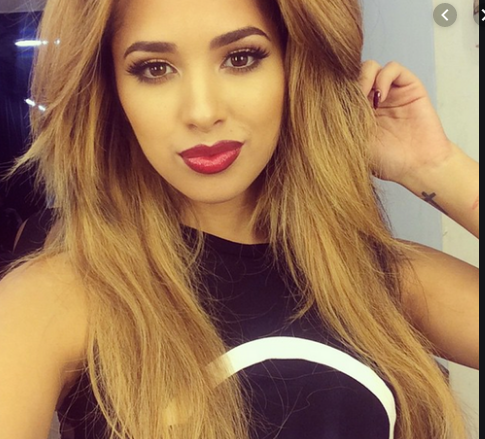 But it was just a rumored because Jasmine was married to Steelers Ronnie Banks who is the parents of a daughter. Julio and Jasmine's dating rumor was flown after they were spotted attending basketball games together, so during that period, they were suspected of dating.

Jones was also linked with Michelle Rodriguez (not the actress from Fast and Furious). But later on, it was reported that she was in a relationship with the Pittsburg Linebacker Ryan Shazier. 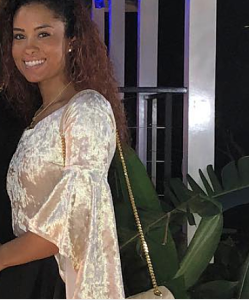 Currently, the Falcons wide receiver is reported to be single. Probably he is dating somebody, but he has kept his personal details under the rug.

Julio is one of the highest earners of Atlanta Falcona, but his fame and wealth came along with his harsh childhood struggle, where he grew up without the shadow of the father. His mother's name is Queen Marvis, who raised her children with one income source after her husband left them when Julio was only five years old. 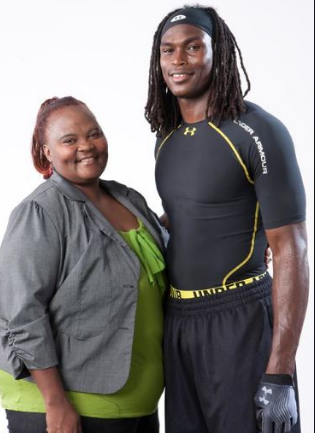 Julio spent his childhood with one sibling as a brother Philip Jones and they grew up in a place called Foley, which is close to Baldwin Country in Alabama State. His mother used to work in KFC to raise her sons, but her earnings were not enough to give her children a good life.

Their locality was unsafe due to the black activist, gangster, and drug dealer, so his mom was strict on them and had prevented them from violence. 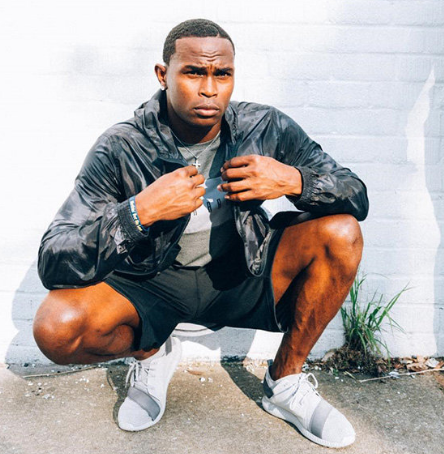 Interestingly, when Julio was in a mother's womb, the doctor told that it was a daughter. So before Julio was born, his mom named him a Quinteros, which is referred to as Gladiator.