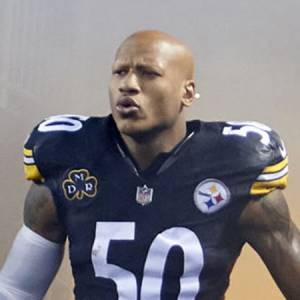 An American football player, Ryan Dean Shazier popular as Ryan Shazier currently, plays as an inside linebacker for the Pittsburgh Steelers of the National Football League. He played his college career with Ohio State and was picked by Steelers in the 2014 NFL draft.

Shazier currently earns $473,000 annual salaries and has the net worth of $12 million as of 2019. He is married and has children with his wife.

Ryan Shazier's Net Worth and Endorsement; How much does he Earn?

Ramping up and Rizing up - there's a new fitness studio in town! I am excited to announce that I am partner and shareholder in a new fitness concept launching here in Pittsburgh @RampNRize. This innovative workout was born in the City of Champions and I am proud to have another reason to contribute to my city - a city on the RIZE. #rampnrize #shalieve

His only source of earning is not his football career as he also adds good value through an endorsement deal with renowned brands.

Ryan Shazier has signed an agreement deal with a start-up company, Fantex Inc., in San Francisco. According to the deal, Shazier will receive $3.1 million in exchange for investor netting 10% of his future earning, which includes his salary and endorsement deal.

He owns a luxurious mansion. As of riding, he prefers Porsche which costs $66,800. Besides he also has two more luxury cars.

An American football star, Ryan Shazier is married to his longtime girlfriend Michelle Rodriguez. The duo tied the knot on 3rd May 2019.

It seems that the lovebird shares deep love and bond with each other. His only lady, Rodriguez’s Instagram page is filled with posts of herself wearing her guy’s number proudly at several football games throughout the season.

In July 2018, Ryan and his fiance revealed that they are expecting their first child. Ryan already has a son from a previous relationship.

On 6th January 2019, the duo welcomed their first child.

Apart, she also spends quality time with Shazier’s son who is from Shazier’s ex-relationship with Tonika Marie.

His wife, Michelle is a graduate of Texas State University. Currently a special education teacher and also an advocate, Michelle was also on the basketball team at TSU.

Michelle is friends with some prolific athletes like Jordan Clarkson, Danny Green, etc.

Ryan Shazier was born on 6th of September 1992, in Lauderdale Lakes, Florida, to Veron Shazier and Shawn Shazier. His birth sign is Virgo and his birth name is Ryan Dean Shazier. Talking about his nationality, he is an American and belongs to black ethnicity. He has one brother.

During his childhood, he suffered from alopecia, a disease that prevents the hair growth from part of the head or body, which became the subject of ridicule and taunting. However, with support from his parents, he developed a philanthropic nature to deal with the jabs and name calling.

He attended Plantation high school where he eventually began his football career.

In 2011, Shazier joined Ohio State and started playing for the college team. As a freshman, he played regularly in every season contest and started 3 games. His debut for the college team came near the end of the season against Penn State, where he recorded 15 tackles. In his second season, he started all 12 regular season games.

On 5th June 2014, Shazier arrived in Pittsburg Steelers, signing his first ever professional contract for 4-year worth $9.50 million with a signing bonus of $5.23 million. In 2014, Ryan Shazier was picked 15th overall pick in the “2014 NFL Draft” in the first round by the Pittsburg Steelers as the 3rd linebacker taken in the draft behind Anthony Barr and Khali Mack.

For Pittsburg, he made his professional debut against the Cleveland Browns.

So far, he has recorded 299 combined tackles, 24 pass deflections, and 7 interceptions.