Julia Goerges is a German Professional Tennis Player. She started playing tennis at the tender age of five. She debuted in the ITF Women's Circuit and instantly made it to the Top 100 rankings after the French Open.

She was born in Bad Oldesloe, West Germany on 2nd November 1988. She was born to parents, Klaus Goerges and Inka Goerges. Her Tennis Idol was Martina Hingis and also a fan of Roger Federer. She has played in the Australian Open, French Open, Wimbledon, and US Open. She prefers the Australian Open among others.

The Amazing, Julia Gorges, has an astounding net worth of $10 million. She had her career earning from the various tournaments and other Endorsement deal made along her journey as a Tennis Player.

The 31-years-old has bagged the cash prize of a whopping $9,634,708 US dollar to date winning 7 Women's Tennis Association(WTA) and 6 International Women Federation (ITF).

The Second German player along with Angelique Kerber, whos is the Brand Ambassador of Porche. Her endorsement deal isn't made public but she would definitely receive big cheques from her promotion stunt with the Porche Auto seller.

Porche is a German Autoseller of the Sportscar industry and having two of the most powerful female as their ambassador will certainly benefit the company a lot in their marketing strategy. Julie also wears the Porche patch in her tournaments. 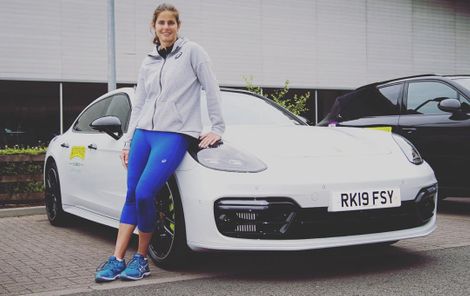 “With her dynamism and her fighting spirit, Julia Goerges is the perfect match for Porsche,” said Oliver Blume, Chairman of the Executive Board of Porsche AG.

She is also seen sporting the Asics which is a Japanese multinational corporation that manufactures shoes. She is seen occasionally wearing those shoes.

Relationship Status: Is she single?

The 31-years-old seems in no hurry to start a relationship with anyone anytime soon. Among the 484 posts she shared on her Instagram, she is seen very much single and only with coaches, friends, and fans. 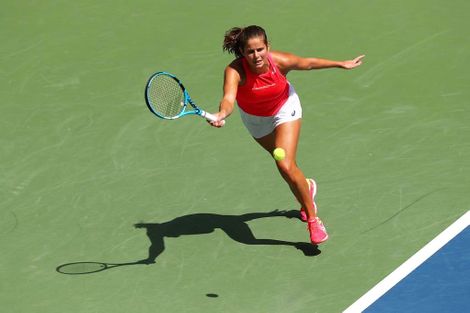 Maybe she is focused on her career and doesn't have time to be a relationship. whatever the reason might be, she is still enjoying her life to the fullest and not worrying about relationships.

None the less, with her skills, talent, and her beauty, she definitely can find anybody in literally no time. we do wish her all the happiness in her life.

The no.27 ranking worldwide has ended her collaboration with her former coach Sebastian Sachs and physiotherapist Florian Zitzelberger. She decided to let go of the former coach because they disagree about their future sporting decision. She worked with them for the past three years.

“I can confirm that I no longer work with physiotherapist Florian Zitzelsberger and coach Sebastian Sachs. After the US Open, we decided that we disagree about our future sporting direction,” said Goerges in a statement issued in Tennismagazine.de 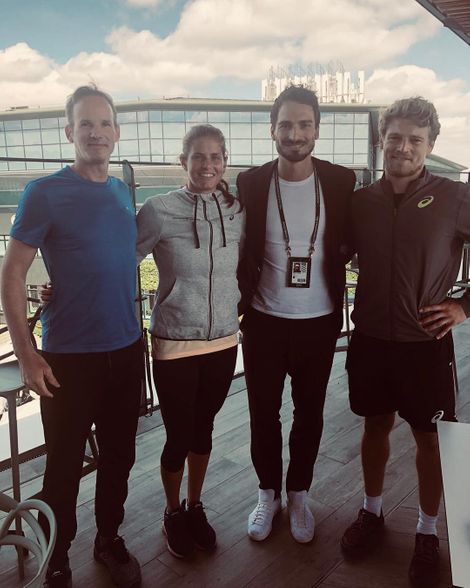 There is no information as to why the physiotherapist who had been working with her since November 2015 left Team Jule. She is welcoming back Michael Geserer whom she had worked within the past.

The no. 28 as of 25 November 2019 has her ups and downs in the game. She has reached the top ranking of 12 to date in the single tournament.

Whereas, in the double tournament her current ranking as of November 2019 is No. 127 and had reached up to 12 rankings.

She reached a great height at the start of her career winning the first WTA title in 2010. After showing consistency in the game, she was in the top 20 in 2012.

After a challenging year in 2013-14 and dropping out of the top 100, she then again her career saw a rapid rise in 2017 defeating the third seed and the world no.1 Caroline Wozniacki. she is still practicing hard day and night to improve and reach the top.