Juli Fisher is a football Wags who is known to the world as the ex-wife of Jeff Fisher. Jeff is a former American football coach, cornerback, and return specialist who served as a head coach of NFL franchise primarily with the Houston / Tennessee Oilers / Titans franchise. He coached the Titans for 17 seasons and St. Louis / Los Angeles Rams for five seasons. Currently, he is the Head coach/General manager of the Michigan Panthers.

Juli and Jeff divorced after twenty-two years of their marriage. What was the cause behind the divorce? Do they share any children?

Does Juli Re-married After Divorce From Jeff Fisher?

As aforementioned, Juli Fished was married to Jeff Fisher. They met back when Jeff was a big-time star at USC Trojans football. The team was playing in the Rose Bowl and like most of the college bowls, the trojans were required to participate in various events during the week leading up to the game. That year the team participated in “The Beef Bowl”, an eating contest at a restaurant called Lawry’s Restaurant. At this function, the Tournament of Roses invited their Princesses of the Parade to the beef bowl, one of who was Juli. From that point, they know each other and soon their friendship turned into a romantic relationship with would turn to marriage some year. 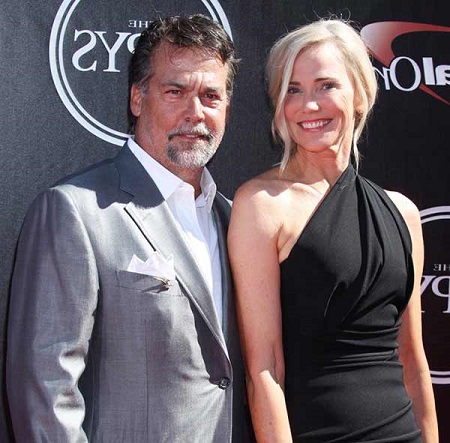 In 1986, Juli and Jeff tied the knot in a beautiful ceremony. Like other wags, she appeared together with her husband in many football events. However, after two-decades-long, the couple came to the point where they decided to separate. In 2008, they divorced, citing irreconcilable differences. As reported, the coach first filed for divorce in May 2004, Nevertheless, they reconciled later.

Since the divorce, neither Juli nor Jeff re-married. The duo stayed single.

Juli Fisher shared four children with Jeff Fisher. They had their first child, a son Brandon Chase Fisher, in June 1987. Brandon was a linebacker at the University of Montana and now the Rams’ defensive backs coach.

Similarly, their other son, Trent, the youngest Fisher child, born on June 19, 1992, played defensive back at Christ Presbyterian Academy and Auburn University.

Fisher's only daughter, Tara married Justin Miller on February 7, 2015, in Nashville, Tennessee. Their son-in-law is a former MLB player who was drafted by the Washington Nationals in the 18th round of the 2010 First-Year Player Draft out of Middle Tenn. State University. Now, he is a real estate broker.

As a matter of fact, Juli Fisher in the limelight as an ex-wife of NFL-player-turned-coach, Jeff Fisher. There is no information available about her profession or income source. However, it would be nothing wrong with saying she is a millionaire. Yes, Juli summoned a hefty sum through her divorce settlement with Jeff Fisher.

As of 2022, Jeff Fisher has an estimated net worth of $20 million. While as head coach at St. Louis / Los Angeles Rams, he pulled an annual salary of $7 million, ranking 6th in the list of Highest-paid Coaches in NFL History in 2013.