Juancho Hernangomez, the Spanish international, is a professional basketball player. He is currently playing in the world's highest basketball league National Basketball League (NBA), as a power forward for the Toronto Raptors. Juancho has earned a huge name and fame playing basketball in the NBA.

Before playing in the NBA, he made his appearances as an Estudiantes player in the Spanish basketball league LEB Oro. Reportedly, he made it to the NBA after getting drafted by the Denver Nuggets in the 2016 NBA Draft. Notably, Juancho was cast in a movie called Hustle.

2016 ACB Best Young Player winner Juancho Hernangomez was born September 28, 1995, in Madrid, Spain. He is Spanish by nationality. And most of his childhood days are spent in the Madrid neighborhood. The 27-year-old player is one of three sons of his parent Margarita Guer and Guillermo Hernangomez Heredero. 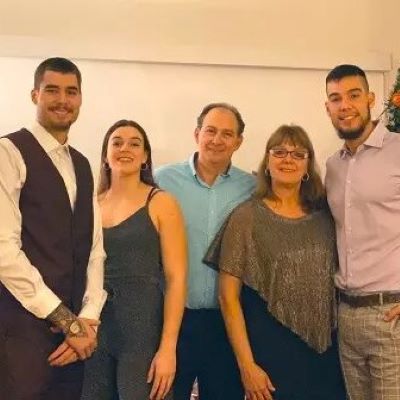 Career Earnings And Net Worth

For your concern, Juancho is 2021's 178th best-paid NBA player. We are aware of the fact that getting into the NBA itself is a significant achievement. The rookie player only gets his salary in millions. Be noted Juancho has been playing basketball in the NBA since 2016. So we can infer the earnings he has credited to date. Previously, he earned $2,387,918 with the Nuggets in his debut season, $6,493,000 with the Timberwolves, and $6,803,190 for Utah Jazz. Now with the Raptors, Juancho gets the cap-cut salary of $2,298,385 per season.

There is no doubt about his financial circumstances. With annual paychecks of $35,448,672, Pascal Siakam tops the Raptors' salary pay list. Reportedly, his net worth in 2022 equals $15 million. Despite earning astronomical, he lives a simple. Moreover, he does not like flaunting others.

The Netflix movie Hustle breakout star Juancho is not married yet. Regardless, speculation results that he is currently dating a girl name, Ana Prieto Rubio. As of this time, the player has not disclosed more information about her. Despite that,m the couple is seen walking and holding hands on the red carpet during his movie premiere.

On his Instgarm bio, he mentioned, "Instagram is not a real life." So, from this, we can judge what personality he has. Moreopver, he has 8 eight posts, and most are about his basketball life.

After playing in the Spanish side, he kicked off his NBA journey in 2016 as a Nuggets power forward. Playing four straight seasons, he joined a fellow team Minnesota Timberwolves for the 2020-21 season. Likewise, he played for several teams in America and Europe, including Boston Celtics and San Antonio Spurs. 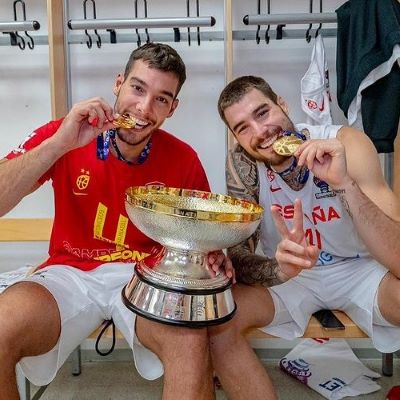 On January 9, 2022, he was traded to the Utah Jazz in a three-team trade, and later in June, he was waived and joined Toronto Raptors on July 27, 2022, agreeing on a one-year veteran contract.