Juan Ronel Toscano–Anderson is an American Professional Basketball Player for the Golden State Warriors of the National Basketball Association (NBA). One of the African-American athletes to reach the NBA, Juan attended Castro Valley High School in California and for his collegiate year, he attended Marquette University playing for the Marquette Golden Eagles Men's Basketball and has also represented Mexico National Basketball Team internationally. He went under drafted in the 2015 NBA Draft making him an Unrestricted Free Agent.

Anderson was born on 10 April 1993 under the star sign Aries. He is a native of Oakland, California. The information about his family matter isn't revealed in any media. None the less, the warrior still loves his family and is seen posting pictures of them together.

He plays alongside the legend Stephen Curry who is planning his return on March 1 and has been recently been cleared for the contact by the Warriors medical team.

How much Juan Toscano-Anderson Earn at Warriors?

The Warriors Small forward Juan has an estimated net worth of 1 million dollars which he earned throughout his professional career as a basketball player. He has recently signed a multi-year contract with the Golden State Warriors and was a part of the Santa Cruz Warrior for two seasons.

He earned $2000 dollars per week when he was with the Santa Cruz. Since he was a free agent, he rejoined the Santa Cruz Warriors for the 2019-2020 season. Prior to the Warriors, he has also played in the Mexican league. The details about the contract are yet to be specified and haven't been revealed in any media. 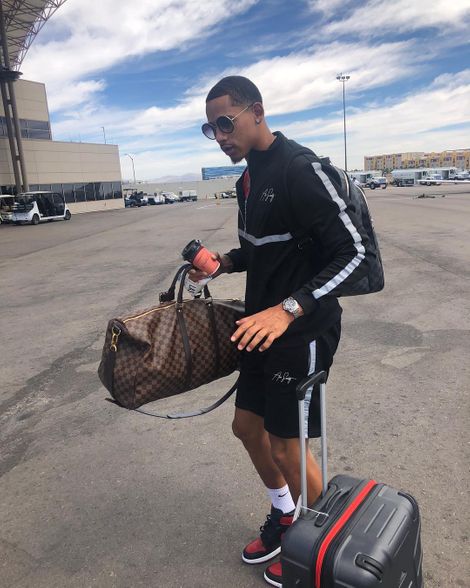 In addition to the salary, the NBA players also receive Sponsorship deals and Endorsement deals that add a certain value to the net worth of  Juan Toscano–Anderson. He is endorsed by Always Chasing Excellence (ACE).

The 6' 6'' tall NBA star is dating Arrianna Linaa who goes by the name Audi on Instagram. She is an Alumni of the University of South Florida. They have been together since 2018. They are living a lavish lifestyle traveling the world holding on to one another.

They recently celebrated Arrianna Linaa's 25th birthday who was born on 5th February 1995. He also posted some pictures of them together on various locations over the years that they have been together and also wrote:

"The world is a much better place with you in it & I’m sure everyone that has had the privilege to meet you-would agrees. You’ve been a headache, but an even bigger joy for me the last 7 years. Please continue to bless not only myself but the rest of the world with your amazing grace and personality. I love you. Happy 25th birthday." 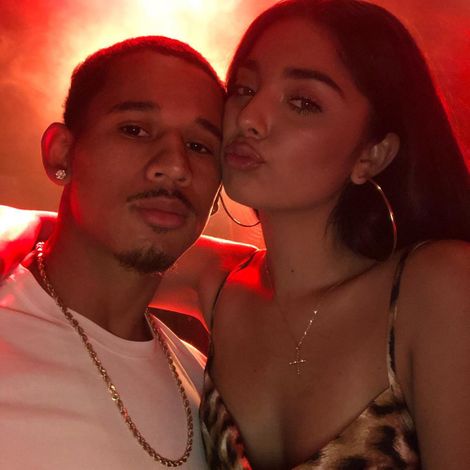 They have been together for many years and enjoying each other company to the fullest. They have always been a happy couple with no issues or controversies. They trust each other and are at a stage where they are blessed with happiness.

The no. 95 for the Golden State Warrior has opened up a foundation "Journey to Achieve" which provides for the poor children of Mexico trying to achieve their dreams. He has also provided thousands of dollars for the cause. 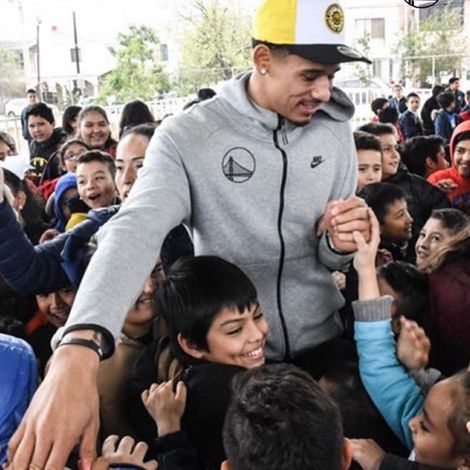 He also visited a basketball camp at an elementary school in Monterrey, Mexico where he signed autographs for hundreds of students at an outdoor court and became an inspiration to them.

After being an undrafted agent in the 2015 NBA draft, Toscano Anderson was reported to have joined the Soles de Mexicali of the Lega Nacional de Baloncesto Profesional (LNBP) in the year 2015-2016.

Finally on 6 February 2020, Toscano-Anderson signed a deal with his dream team, the Golden State Warriors. In an interview with Logan Murdock of NBC Sports Bay Areas, Juan said:

"I reached my dream playing for the Warriors in training camp but I'm past that stage now. I was just happy to be there. Now I'm at the point where I can find my value in their organization and try and be a part of their organization for a long term. I know they have plans to build for the long term. So just trying to find ways to help this team find a way to win and contribute to winning and everything will fall into place. The first time I was there I was just happy to be there. I'm on a mission now."

Though having a loss in the recent matchup against New Orleans Pelicans, Juan recorded a NBA career-high 16 points against the Pelicans playing alongside Klay Thompson and Andrew Wiggins who are also the small forwards for the same on 23 February 2020.

In addition to his career, he was also a member of Mexico's National basketball team at the 2016 FIBA World Olympic Qualifying Tournament - Turin, Italy.