Juan Musso is a talented Argentine professional footballer who plays as a goalkeeper. He currently has a contract with the Argentina National Football Team and the Serie A club Atalanta Bergamasca Calcio, aka, Atalanta.

Hailing from the suburbs of San Nicolás, Argentina, Juan Musso was born in 1994. He celebrates his birthday on the 6th of May every year. The 27 years old footballer goes by the birth name of Juan Agustín Musso, and his zodiac sign is Taurus.

His father's name is Guillermo Musso and his mother's name is Marcela Musso. He is of Italian descent. Apart from his parents, he has three siblings; a brother named Pablo Musso and two sisters named Emilia and Vicki Musso.

He has a good relationship with all of his family members and usually shares pictures alongside them via his Instagram handle.

The 6 feet 3 inches tall Argentine goalkeeper started his football career at the youth academy of Club de Regatas San Nicolas. Soon, he was sent on loan to Defensores de Belgrano de Villa Ramallo, where he won the local championship. Afterward, he joined the academy of Racing Club de Avellaneda, simply known as Racing Club. After spending years at the academy, playing for youth teams, he finally got promoted to the first team in 2016. However, as he wasn't the first-choice goalkeeper, his debut only came on May 28, 2017, in a 2–1 home win against San Lorenzo.

He began to improve his performance and trained hard to finally become the club's first-choice goalkeeper. After spending two seasons with the first team, making 36 appearances, he was sold to the Serie A club Udinese Calcio, aka, Udinese in 2018.

He bid farewell to Udinese on July 2, 2021, after he was signed by another Series A club Atalanta Bergamasca Calcio, aka, Atalanta. His transfer was reported to be €20 million.

The San Nicolás native received his first call from the national team camp for the first time in 2013 when he was included in the Argentina under-20 squad for the preparation of the 2013 South American Youth Football Championship.

His debut for the senior team Argentina national camp only came on March 26, 2019, in a friendly match against Morocco, replacing Esteban Andrada in the 67th minute. Afterward, he began to make occasional appearances for the national team. Juan was recently included in the Argentina National team squad for the Copa America 2020 alongside star players like Lionel Messi, Emiliano Martínez, Sergio Agüero, Ángel Di María, and others. The team has reached the finals of the tournament where they will face a fierce Brazil national team, led by Thiago Silva.

Earnings, Market Value, and Net Worth

Juan Musso used to earn a total of £20,000 per week or £1,040,000 per year while he was playing for Udinese. But, the figures might change now that he has joined Atalanta. However, his earnings with the club are yet to be disclosed. His current contract with the club expires on June 30, 2025.

Additionally, his current market value (last updated on June 3, 2021) is set to be €20 million, as per transfermarkt.com. The Argentine also earns a healthy amount in the form of sponsor money. Considering all of that, he must have a good net worth too. Well, Juan Musso reportedly has a net worth of around $3 million - $4 million.

The 27-year-old goalkeeper is currently in a blissful relationship with his long-time girlfriend Felipe Caro. She is available on Instagram as @carolinadefelipe. 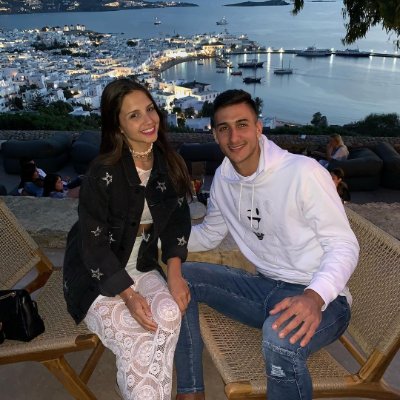 Juan and Felipe have been allegedly dating since mid-2018. Felipe's first appearance on Juan's Instagram profile came on August 9, 2018. Since then, the duo has been frequently sharing pictures alongside each other through their respective Instagram handles.

As time passed, their bond became stronger and stronger. They usually celebrate different festivals alongside each other and wish each other on their birthdays. Together, they also have adopted a pet dog. Felipe's last appearance on Juan's Instagram came on October 11, 2020, when he wished her on her birthday.

Well, going by that, it seems like they have a good understanding and their togetherness looks amazing.