How Much Is Emiliano Martinez's Net Worth & Salary? Know His Market Value

As per the last update, Martinez's market value is €25 million, but it is not the highest. His highest market value was €35 million, which was recorded on July 16, 2021. 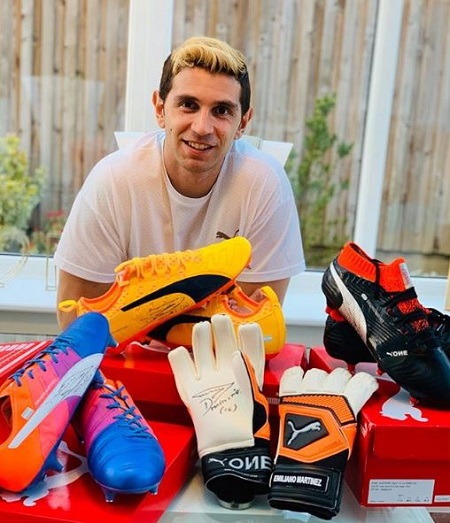 Additionally, he has a decent salary from the Argentina national team. Besides, most footballer earns from endorsement deals, and so do Emiliano Martinez. He is endorsed by Puma. Having an impressive fortune, Martinez lives a lavish life.

Yes, Arsenal's goalkeeper is a married man. In May 2016, he tied the knot with his long-time girlfriend, Mandinha Martinez, in an intimate ceremony. Recently, on April 20, 2020, the couple welcomed their second baby, a daughter named Ava. Before, they had a son named Santi Emiliano Martinez, born in 2018. 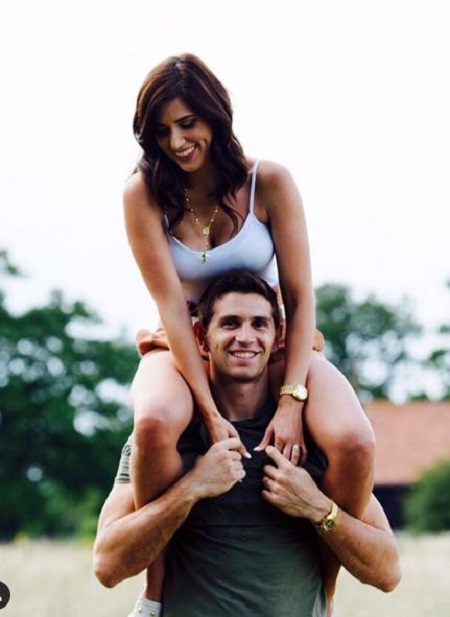 Emiliano and his wife pictures from valentine 2020 SOURCE: Instagram @emi_martinez26

As a matter of fact, Martinez and his wife have maintained a low-key personal life, with Mandinha keeping her IG account private. But as seen on her IG bio, she is a CEO at MiSuennos Kids, a kid's interior specialist.

Reportedly, Emiliano Martinez has convinced Arsenal to shelve plans for a summer keeper shake-up after the injury to Bernd Leno has given Arteta a close-up look at the goalkeeper's capabilities. Since coming on for the injured Leno in a loss to Brighton, Martinez has begun Arsenal's last four Premier League games, claiming a hat-trick of clean sheets before conceding a goal against Leicester. With Aston Villa Since 2020

The professional footballer Martinez was a player at Arsenal for some years. Later, he played on loan with many clubs. Finally, on September 16, 2020, Martinez signed a professional deal with Aston Villa and has been representing the team since then.

Being one of the most prominent players, Martinez has won multiple awards, including the Aston Villa Player of the Season 2020-21.