Joshua Ishaele Jacob-Heron Laurent, aka Josh Laurent, is a professional soccer player from England who plays for Stoke City as a midfielder. The Stoke City jersey number 28, Josh, has been playing professional football since 2013. Moreover, he has become a member of several football clubs, including Queen Park Rangers, Brentford, and New Port Country. For your information, Josh is a former Chelsea youth player.

Josh Laurent, the former Brentford star player, was born on May 6, 1995, in Leyonestoine, England. The 27-year-old was held under the zodiac sign Taurus and is a right-footed footballer. The England international peaks his height at 6 ft 2 inches or weighs over 70 kg. There are no facts about his family matter; thus, it remains under review.

Know About Josh Laurent's Net Worth And Football Earnings

The Leytonstone-born footballer Josh Laurent's current net worth is calculated at $1 Million. For your concern, Josh makes most of his earnings from his footballing career. As a Stoke City midfielder, Josh gets £10,000 weekly and £520,000 anually. Moreover, he is among the top ten highest-earning players at Stoke City.

Huge credit goes to his hard work and dedication. He has been living an outlandish lifestyle with his family in England. Apart from soccer, he has been collaborating with several sports brands and companies; as a result, he will accumulate a fair sum of money. However, he has not disclosed the amount he makes from it. Furthermore, Josh's worth in the Transfer market is valued at €2.20 million.

Is Josh Raising His Daughter Alone?

Currently, Josh is not dating anyone. Checking his past relationship status, it appeared clean. Moreover, he has not seen any ladies, so we safely sound like he is single. For your concern, Josh is a father of children. He has a daughter, and he often shares his photos online. However, there is no sign of her mother, so it remains suspenseful. Also, it is one of the most asked questions by his fans. 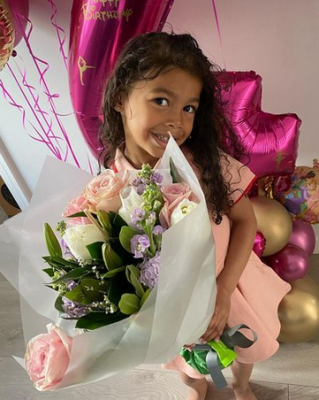 Josh shares a photo of his daughter  SOURCE: Instagram

Despite that, he has remained silent. Eyeing his post, he seems like he is raising his daughter single-handedly.

Insight On His Footballing Journey

As of today, Josh Laurent has been part of several football clubs. However, he kicked off his journey with the Queen Parks Ranger. Before that, Josh played as a youth player for Chelsea, Redbridge, and Wycombe Wanderers. Playing two seasons with the Rangers, he joined Braintree Town on loan in 2014 and Brentford in 2015. Likewise, he got loaned to  New Port Country the same year he joined Brentford. 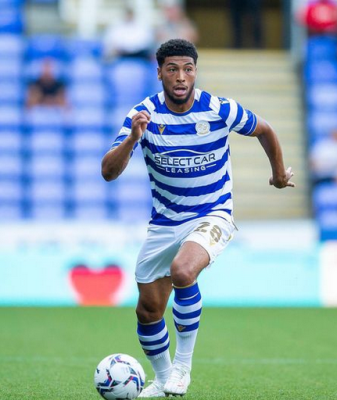 Subsequently, he played for numerous football clubs such as Hartlepool United, Wigan Athletic, Bury,  Shrewsbury Town, and Reading in the time gap of 2015 to 2022. Finally, on June 21, 2022, the professional signed a three-year contract deal with Stoke City. He has played ten games league matches for his current club.

Josh Laurent is one of the famous English soccer players. He seems pretty active on social media platforms. Compared to others, he is more active on Instagram. We can follow him on Instagram under the username josh_laurent, which has 13.6K followers. His Instagram feeds are full of his career and daughter's photos. He gives most of his personal and professional happening via Instagram.