James Daniel Maddison, aka James Maddison, is a famous English associational soccer player playing in the English Premier League (EPL). Currently, he plays for Leicester City Football Club as an attacking midfielder. The England international is one of the Premier League's most skilled and prudent players. The former Norwich City star player has made appearances in different leagues around the globe, including the Scottish Premiership League.

The Leicester City jersey number 10 James has played for five clubs. They are Coventry City, Norwich City, Aberdeen, and Leicester City. Moreover, James is a former England youth international at U21. Likeswise, he was an associated member of the England national football team; however, currently, he cannot make his spot in the national team.

James seems very genius about his love for his beloved soccer fans. He is dating a Love Island model Kennedy Alexa. Alexa was famous before dating him. The couple is in a romantic relationship and loves sharing romantic shots on their Instagram handles. They have been together since 2020. James shook everyone when he officially announced the connection to the world on Christmas day, posting photos of them together wearing pajamas on his Instagram. 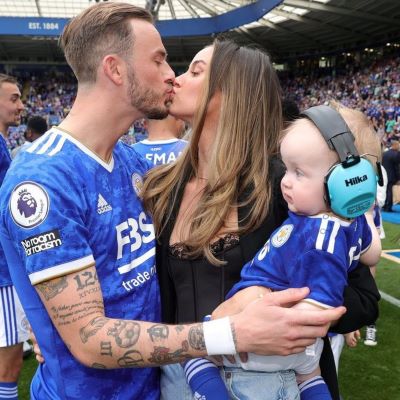 His Girlfriend has been very supportive of him. She always quite often hit up the pitch to cheer him up. Both couples have been lighting their Instagram feeds with lovely photos, which their fans adore. Moreover, they are besotted after giving birth to their first son Leo last year. Blessing to them, their happy relationship soon turned into a happy marriage.

Who is James Maddison's Parents? Know About His Early Life And Family Background

Despite being professionally known as James Maddison, the athlete was born under the family name James Daniel Maddison on November 23, 1996, in Coventry, where he spent most of his boyhood period. James is just 25 years old at this time of writing, and his zodiac sign, per his birthdate, is Pisces. For your information, despite being born in England, he has Irish ancestry through one of his grandparents. As a result, he is legally eligible for both nations' nationalities.

Jame is the first child and beloved son of his mother, Una Maddison, and Gary Maddison. Una and Gary were aware of their son's talents and passion and never forced him against his will.
Furthermore, since childhood, he has been a huge Manchester United fan. Concerning his siblings, the player has remained silent, so we are unaware if he has any siblings by his side. There is no doubt that his parents are his staunchest backer.

How Much Does James Maddison Get Paid Playing For Leicester City? Salary and Net Worth Details

All credit goes to his career dedication and utter discipline. He has accomplished his dream of becoming a player and contesting in a world-top league. Also, he is a role model for many of his fans. Not to mention, James' primary source of income generation is soccer which he has been doing since 2013. Thus, undoubtedly, he has earned million playing soccer only as many companies are always looking for famous players. Similarly, one of the top spot brands, Puma, is in paid partnership with him, which aided him in boosting his net worth massively. 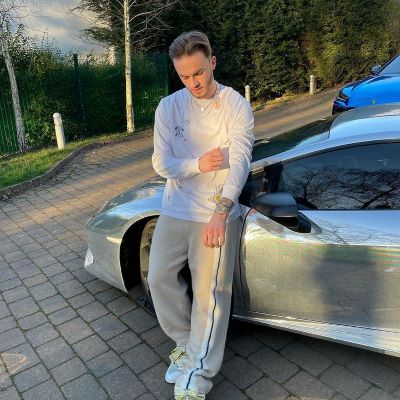 With annual earnings of £8,320,000, Jamie Vardy top one number spot of the highest earnings athlete at Leicester City FC. Additionally, his trending value in the transfer market is €55 Million, and as of December 10, 2019, he had a market worth of €60 Million, which was in highest value in his active career.

The 25-year-old attacking midfielder James Maddison enrolled at a hometown nearby football academy Coventry City in 2013. We can say he is the Conventry product that later started his professional career playing from its first team. Afterward, he got an offer from the Premier League club Norwich City and officially signed in February 2016 for a three-year deal. Sadly without a single game, he was loaned to his former club, Coventry city, for the remainder of the 2015-16 season.

Next year he returned and made his Norwich debut on August 23, 2016. Scoring five goals in 47 games, he was again loaned to the Scottish club Aberdeen in the same year. James played with the Scottish side for the remainder of the season and returned to Norwich again.
Further, he even won several individual awards after his return. After the release, he signed a contract with Leicester City on June 20, 2018, agreeing on a five-year deal. 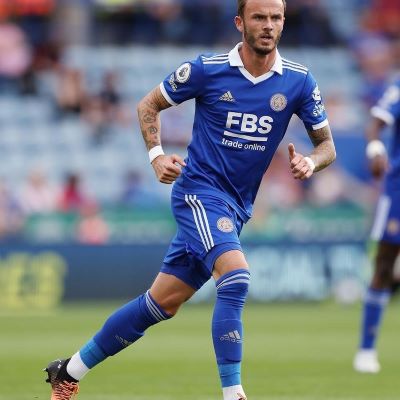 He scored his first Leicester City goal against the Wolves on August 18. With his consistent delivery, James has established himself as a vital player. He has recorded 140 games with 40 goals to his tally.

2018 EFL Young Player Of The Year James Maddison is an experienced attacking midfielder having a height of 5 ft 9 inches or 1.75m. What is more, James is a very health-conscious individual. To keep his body in the best shape, he regularly exercises. Thus, he has a good Body Mass Index (BMI), weighing 73 kg. Further description, the professional is a good-looking person with fair skin and blonde hair.