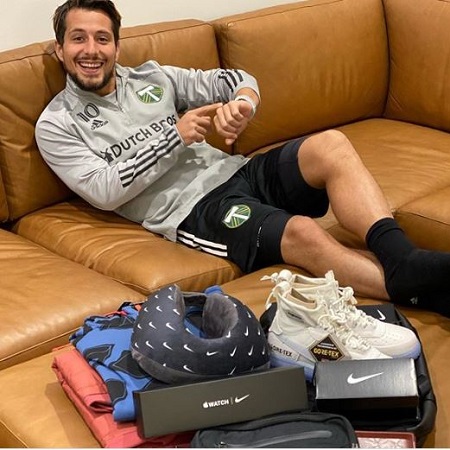 Besides his salary from the club, Sebastian makes tremendous sum of money from through his endorsement deals. Presently, he is endorsed by Nike and Oregon proteinuria. As of 2020, Sebastian has an estimated net worth of $3 million.

Scrolling through his IG posts, Sebastian has a lavish lifestyle.

Sebastian Blanco is married to his long-time girlfriend, Natali Camus. On 24th February 2019, he shared a post with his wifey, a picture from their wedding. The couple celebrates their anniversary every 24th February but has not shared any information about their marriage detail. not even their dating phase. 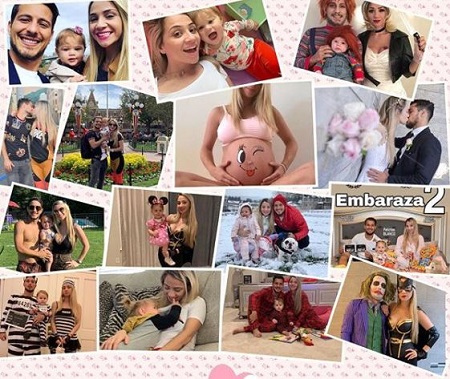 Going through his IG account, Sebastian has shared adorable pictures with his family: a wifey and their two daughters.

Sebastian Blanco is the son of Alberto Blanco and Sandra Cristina Iturralde. Besides, there is no information regarding his siblings, childhood, and academic background.

After finishing his youth career at Lanus Sebastian Blanco made his breakthrough with Lanus' first team in 2006. The following year, he was a team member that won the 2007 Apertura championship which is the first top-flight league title in the club's history. Overall, he made 128 matches and scored 19 goals. Further, he played 68 competitive games for the Metalist Kharkiv and scored 10 goals.

At international, he played for the Argentina national team, making his debut in a friendly match against Panama, alongside Lionel Messi and Nicolas Otamendi.