Jose Sa, the Portuguese international, is a professional association soccer player contesting in the English Premier League. Currently, he plays as a goalkeeper for the Wolverhampton-based football club Wolverhampton Wanderers. Moreover, the footballer is also Portugal's national team player. He made his first appearance for his nation in 2012.

Jose Pedro Maheiro de Sa, professionally known as Jose Sa, was born on Janaury 17, 1993, in Braga, Portugal. He is of Portuguese nationality and practices the Christian religion. The 29-year-old goalie Jose Sa has an impressive height of 6 ft 4 inches and weighs 84 kg. Further physical portrayal, Jose is fair and has a long blonde beard.

Jose Sa, the 2019 UEFA Nations League Champion, is known to be the boyfriend of his beautiful girlfriend, Raquel Jacob. The lovebirds each other in 2016. They were attracted by each other charm in their first meeting. After chatting for a few months, they officially announced their dating status on their social media handles. Moreover, shortly after dating for a year, Raquel moved to with Jose since then, they have been enjoying thier love life. 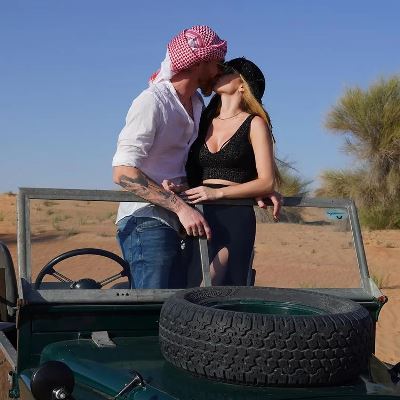 Further, the couple is blessed with a baby daughter whose name is unfamiliar. Observing thier post online, the pair seems very serious about their relationship.

Jose Sa, the skilled Portuguese football goalie, started his soccer journey at about age 9 in 2002, joining Palmeiras Braga, the hometown football academy. Subsequently, he played his youth career for other teams such as Merelirense, Benfica, and Maritimo for three years. The Braga-born goalie's actual journey began in 2002. He got heightened to the Maritimo B team and debuted on January 23, 2013. After some months, he made his spot on the first team and played his first game in the Primeira Liga on August 18.

Later, he joined Porto in 2016 on an agreed deal of four and a half years. However, after two years, they loaned him to the french side and joined Olympiacos. He played for three years there. His tenure there was outstanding. The Premier League club Wolverhampton offered to join him. Thus on July 15, 2021, he joined the club for five years and made his Premier League debut on August 14 against Leicester City. As of today, Jose has made a total of appearances in 52 league matches.

Likewise, internationally, he has been representing since 2012. He is a former Portuguese youth international who played at different ages. However, for the senior Portugal squad, despite being on the team, he is yet to make his debut match for the team.

How Much Is Jose Sa's Net Worth Equals in 2022? Annual Wage And Market Value

Jose Sa, the former Porto goalie, is a well-established Portuguese football player. He has been making his salary more after joining the Premier League side. As Jose plays for Wolverhamtopn and Portugal's national team, so combined, he must be earning his wages in millions. However, at Wolverhampton Wanderers, he allegedly makes £17000 weekly and £8,84,000 annually. Concerning his salary details with previous clubs, he received £2,65,200 with Porto in 2019 and £29,640 with Maritimo in 2015. 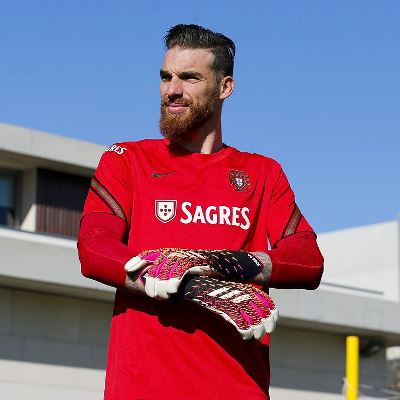 Thus, as stated by Salarysport, his current net worth equals £1.73 Million. Also, his endorsement brand Adidas pays him handsomely for his role in advertising its product. At the moment, his trending market value is priced at 18 Million.

With 252K followers on his Instagram @josesaoficial, he is one of the most famous Portuguese soccer in the world. Also, we can see his personal and professional happening on his Instagram. Moreover, he utilizes his social media for advertising purposes, and as a result, he makes a colossal ransom of money.