Alioune Badara Faty is a notable professional footballer born in Ziguinchor, Senegal, who plays for Casa Sports as a goalkeeper. He has been serving as a shot-stopper for the respective club since signing a deal with them on July 2019.

Furthermore, Faty is a rising footballer making headlines on the internet. And for his club, he has appeared in some games, helping the team win some titles.

How Rich Is Alioune Badara Faty?

Faty makes a good amount of money from being a professional footballer. He may have a decent deal with his current team, but the squad has not given any hints about their contract. So, His actual salary of Faty remains under review. 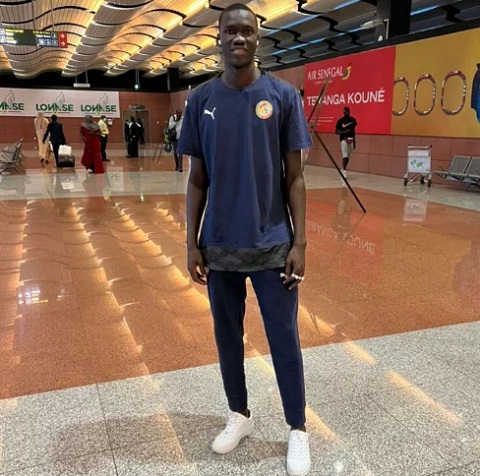 Some online sources say that a footballer in Senegal has an average salary of around $118,575 annually. We can also say that Faty may rack up the same amount. According to Transfermrkt, Faty has a market value of €250k, gradually increasing.

Does He Have A Girlfriend?

The professional football goalkeeper appears to be a single guy focused on his football career. So, there have been no records of Faty having a girlfriend. Faty is currently at the peak of his career, and rather than searching for a life partner, he may be focusing on his football vocation.

Apart from that, Faty is also a private guy, just like another Senegalese footballer, Bingourou Kamara. So, rather than exposing everything in the media, Faty prefers to keep the information confidential.

Alioune Badara Faty began playing football in the year 2019. And his professional career started when he signed a deal with Casa Sports on July 1, 2019. At the time of this post, Faty has made 30 game appearances for the squad.

Apart from that, Faty is also a national footballer who has already played for the national football team of Senegal. He was part of the team that won the Africa Cup of Nations title in 2021.

Moreover, Faty is also one of the goalkeepers in the national squad participating in the FIFA World Cup 2022.

Alioune Badara Faty was born on May 3, 1999 in Ziguinchor, Senegal. At the time of this post, Faty kept the information regarding his family background under review as the footballer has not opened up about it with the media.

Likewise, we are unaware of his parents too. Regarding his body measurement, Faty has an impressive height of 2.01 m.

Alioune is active on Instagram, where he is registered under the username @aliounebadarafaty and has been followed by more than 40k. Additionally, he often shared football-related content on his Instagram handle.

Faty is 6 feet 5 inches tall he weighs 80kg. He never misses his workouts, and we often see him performing training as Alioune currently focuses on his career.