Vicente Guaita Panadero is a professional association footballer player from Spain who is currently playing as a goalkeeper for Premier League club Crystal Palace. Before moving into the English Premier League, he played in Laliga over eight seasons with Valencia and Getafe.

Vicente Guaita Panadero aka Vicente Guaita is of Spanish descent born in 10 Jan 1987 in Torrent, Spain. As of 2022, he is 35 years of age and as per astrology, his zodiac sign is Capricorn. His nickname is 'Guaiboy.' He represents himself wearing jersey number 13.

Crystal Palace goalie Vicente began playing soccer from an early age. By the age of eight, he was into football as a youth player for Monte-Sion. After that, he joined Valencian Community and by the age of 13, he graduated from the Valencia youth system. In 2006, he was promoted to the senior Valencia B team and later on, in 2008 finally to the Valencia FC senior team. During his tenure from 2006 to 2014, he appeared in 122 games.

On 31 July 2014, the Spaniard goalie was sold to Getafe FC with a back-buy option. In the 2016-17 season, he had an injury that led him away from football for quite some time. He was in and off in the transfer market. So, on 2 February 2018 Crystal Palace manager Roy Hodgson confirmed Guaita agreed to join Crystal Palace from 1 July on a free transfer. He signed a major 3-year contract with the club. He made his premier league debut on 15 December 2018 against Leicester City. Joining Crystal Palace FC has been very fruitful and successful for him. Torrent-born player, Guaita was rewarded as Crystal palace player of the years well. Guaita is at the peak of his career at the moment.

Anything about his international career is still not transparent. So, we will keep the tabs and update you on this when it is available.

What are his annual earnings, salary and net worth?

Crystal Palace goalkeeper Vicente Guaita is a well-established footballer player and a role model for many of his fans. He has been playing for more than two decades so, he must have added huge fortunes to his networth. When he signed a deal with Crystal Palace in 2018, he netted a whopping salary of £3.1 Million. 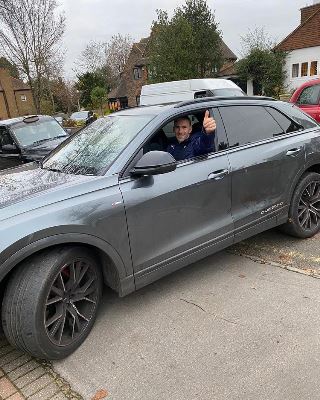 He earns a monthly salary of £2,53,623 which sums to £3,043,478 a year. Thus, as per sources, his estimated net worth is $13.8 Million. Apart from football, he also strengthens his net worth from the income from his brands, Sponsors and endorsements.

When it comes to the relationship matter, the 35 years goalie Guaita is very confidential about it. Guaita hasn't mentioned or posted anything about his wife or girlfriend post anywhere on social media but he certainly has three sons. His Instagram post is almost filled with his sons' photographs and videos. The Spaniard is very close to his sons and mostly takes them with him to see his game.