Jordan Hooper is an American professional basketball player who is currently a free agent. She was picked by the Tulsa Shock with 13th overall pick by the Tulsa Shock in the round two of the 2014 WNBA draft. Further, she played for Beşiktas 2014–2015 and South East Queensland Stars 2015–2016 during WNBA off-season and last for the Atlanta Dream of the WNBA in 2017.

Born on February 20, 1992, she was 3x First-team All-Big Ten and Big Ten Player of the Year at the college level for the University of Nebraska. Further, Hooper holds an American nationality and belongs to the white ethnic background.

Unactive in WNBA after the 2017 season, Hooper's current salary is unavailable. She last played for the Atlanta Dream and on average, WNBA players made $71,635 in 2017. Hence, she might have scored the same figure that season.

Besides, the free agent has played the 2014-15 season for the Turkish league and 2015–2016 in the Australian league, where the salary is comparatively hight than in WNBA.

Analyzing her playing career and earnings, her net worth is no less than the five-digit figure.

Alliance, Nebraska native, Jordan Hooper prefers her personal life as secret as possible. The information regarding her relationship, marriage, boyfriend or husband is still the subject of curiosity. As of 2020, the twenty-seven years old is possibly single.

Jordan was born to Brian and Jodene Hooper and was raised alongside her brother, Kyle. Her father is a fourth-generation rancher with 7,000 acres of land in Sheridan County while her mother is a house maker.

As a teen, Jordan and her younger brother saved their own money to pay for a 25-by-50 foot concrete slab so they could practice basketball at their ranch. 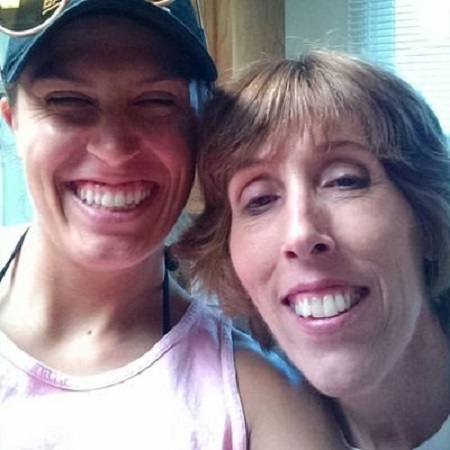 In most of the interviews, Hooper said that her mother is the one who pushed her into basketball. Not to mention, her Instagram is full of her family pictures. She never fails to wish her mom and brother on their birthday giving IG shoutout.

At the 2014 WNBA draft, Jordan Hooper was selected by the Tulsa Shock where Kayla Pedersen, Odyssey Sims, and Shavonte Zellous has previously played.

In her WNBA debut season, she appeared in all 34 games for the team, starting one. Further, she averaged 5.8 points per game, 2.4 rebounds per game and 19.0 minutes per game.

Following Hooper's junior season at Nebraska, she went on to represent the United States team in the 2013 Summer Universiade in Kazan, Russia. There, she earned her first start in the championship game and delivered.

Further, she led the team to get out to an early lead and ended up with nine points and nine rebounds. Averaging 6.5 points with 5.8 rebounds per game, she helped the team to won the Gold Medal in the tournament.