Jordan Bell is an uprising American basketball star. He is currently playing as a center forward for NBA G League’s Erie BayHawks. Before that, he had played for several other NBA G League teams, but, among all those teams, Bell enjoyed his time at the Santa Cruz Warriors as in the same year he joined the team, they reached the NBA Finals and became the champions.

Jordan bell hails from the big city of Los Angeles, California. He was born in 1995, and he celebrates his birthday on the 7th of January every year. He goes by the birth name of Jordan Trennie Bell. Bell was raised by his single mother named Carolyn Gray. Apart from his mother, he also has four siblings, three brothers, and a sister. One of his brother’s name is Josh, and Jordan was the youngest amongst his siblings.

For his academics, he first attended Long Beach Polytechnic High School and later got himself enrolled at the University of Oregon.

Jordan Bell started playing basketball during his high school days. He continued playing even after enrolling at the University of Oregon. After gaining good experience and learning different things, Bell took the chance and declared himself available for the 2017 NBA draft.

The newbie NBA player did his best to improve his play and show his performance while playing for the Warriors team. He contributed to some very important games and helped the team win games. And, with the whole team’s performance, the Santa Cruz Warriors reached and won the 2018 NBA Championship.

As time passed, Bell’s performance was improving. However, in 2019, he was released by the Golden State Warriors. After he was released from the team, Minnesota Timberwolves took the chance to sign him. But, Bell’s time in the team only lasted for a year.

Following that, he was signed by Memphis Grizzlies only to be released after a short time. Later, on January 23, the Los Angeles native basketball star signed a 10-day deal with the Washington Wizards.

When the deal ended, Bell was called up by the Erie BayHawks, and since then, he has been playing for the team in the G League.

With such a flourishing career in the basketball field, Jordan Bell has accumulated a healthy net worth of $3 million. Moreover, as per some sources, it is known that he earns an average salary of $695 thousand per year. He has played in the NBA for four seasons and earned about $4,759,473.

The uprising basketball star very private about his romantic relationship and hasn’t talked about it at any place. Moreover, his Instagram and Twitter handles are filled with pictures of him playing basketball and going around different places. 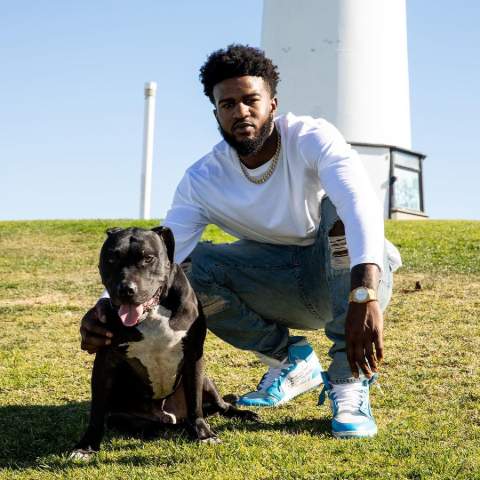 Likewise, there is no information that proves that he was dating someone in the past. As a result of that, it seems that Jordan Bell is probably single.