Other than that, he worked for other known TV stations such as CKNS Radio, CKNY TV, CITY TV, WMAR TV, Toronto Raptors. John Saunders, reportedly earned around more than $100,000, as his yearly salary from the network, he reportedly had an estimated net worth of over $3 million. He was married to his longtime girlfriend Wanda Saunders in 1987 and has two children and died on August 10, 2016. John Peterson Saunders attended high school in Montreal and later received a scholarship from Michigan University and he played hockey there.

After then, he was transferred to Ryerson University located in Toronto and played there and was named Ontario University Athletic Association All-Star team.

John Saunders Net worth and Salary

John Peterson Saunders was one of the most popular ESPN anchors who has made a successful career as a sports anchorman.

Being one of the most popular sports channels, ESPN has been paying very well to its employee. John Peterson Saunders was a regular sports anchor, so he had earned a decent amount of salary from the network.

The Canadian sportscaster/anchor John Peterson Saunders had an estimated net worth of $3 million. The reporter received an annual salary of more than $100,000 from his successful reporting career and also because of his experience with ESPN.

Further, the reporter received an added sum of money from his radio and TV guest appearances as a sports pundit too.

Saunders was also the principal anchor of sports for CITY- TV( Toronto, 1980- 1982). Later he moved to the United States to work at WMAR-TV as a sports anchor( Baltimore, 1982–1986) and joined the ESPN in 1986 and hosted The Sports Reporters of the ESPN, beginning with Dick Schaap 's illness and subsequent death in September 2001.

From 1987-1989, he co-hosted NFL Primetime and also anchored 1995 World Series. Playing Hurt: My journey from Despair to Hope, which spans three decades at ESPN and ABC, was posthumously published in 2017. John also did play-by-play for ESPN'S coverage on Saturday nights and from 2004-2006 he worked as a studio host for ESPN's NBA Shootaround.

Saunders was also an ABC play- by- play backup man for NBA. John called most of the American team on ESPN for the FIBA Américas Championship 2007. Saunders started hosting the 7 pm ET Sunday SportsCenter with Chris Berman and analyst Tom Jackson during the NFL season.

Saunders was also the play-by-play announcer for Raptors and later replaced by Chuck Swirsky. As a result of his hard work and great talent, his name became one of the most influential voices at the time, such as Dick Vitale, Bob Ley, and Chris Berman. John had also collaborated with Chris Berman.

Saunders was a Youth Diabetes Research advocate and a founding board member of the Jimmy V Cancer Research Foundation, a charity that raised $200 million with 100 percent of the charity's funding for cancer research.

John was married to Wanda Saunders in 1987. They lived a happy married life and had two children. Saunders died at the age of 61, on August 10, 2016, in his New York home. 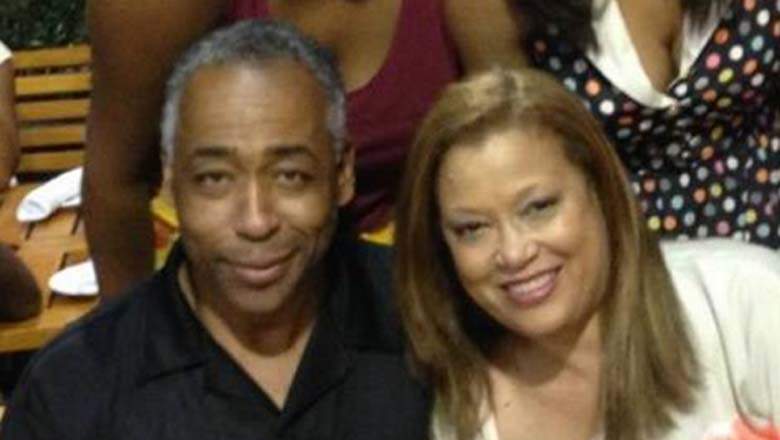 John U. Bacon, who co-authored the autobiography of Saunders, stated in the book that the coroner found that Saunders died from a combination of an enlarged heart, diabetes complications, and dysautonomia that affects the nervous system that regulates respiration, blood pressure, and heart rate.

John's brain was donated to Mount Sinai School of Medicine for research. John was part of the " in memoriam" segment at the ESPY Awards 2017.