Myles Powell is an American Basketball Player who plays for the Seton Hall Pirates of the Big East Conference. He was ranked a four-star prospect by the recruiting website 247 Sports and Rivals in the class of 2016.

Powell was born on 7th July 1997 under the star sign Cancer. He was born and raised in Trenton, New Jersey alongside Noel Powell. His mother is Jeannette Moore.

No, 13 - Seton Hall Pirates is among the top 100 prospects in who will appear in the 2020 NBA draft. The shooting guard is projected to be drafted in the mid to late pick in the second round of the draft. Myles is ranked #45 in between Aaron Nesmith and Xavier Johnson by the Bleachers Report who has the potential to become one of the prolific shooters in the NBA.

As per his ranking, his projected salary in the NBA will resemble the last years' #45 drafted Isaish Roby who signed a 3-year contract worth $4,800,602 with the Oklahoma Thunder with $3,017,981 guaranteed and an annual salary of $1,600,201 and now officially traded to the Dallas Maverick.

As per his net worth is concerned he is still a college player who is yet to turn professional and start earning a salary from his profession. Although the NCAA division I colleges do provide scholarships, Medical Insurance, and many more benefits to the students from a sports background. Myles received $59,670 worth in scholarship alone from the Selton. 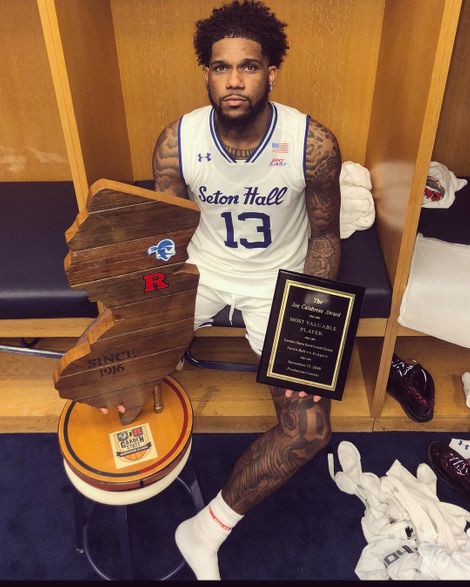 Furthermore, he has also participated in the PAN American Games and represented the United States National Team where they won third place in the tournament and brought home the bronze medal.

Reportedly, Myles Powell is still a college senior and has not accumulated any earnings from his professional career. Hence, for the time being, his net worth is yet to be concluded and will be updated shortly.

Myles Powell Girlfriend: Who is the Seton Hall Pirates Dating?

The 6-foot-2, Miles Powell has yet to announce his personal matter regarding his girlfriend. As he prepares for the 2020 NBA draft, he might not be interested in any relationship for the time being and is getting away from controversies. 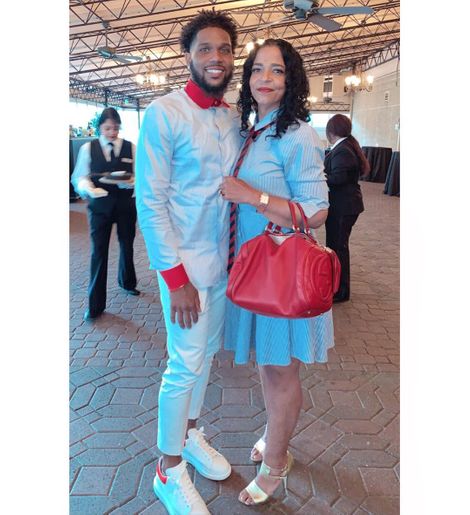 Having a following over 184k people on his Instagram, he is yet to find that special someone who will be by his side in his life. His mother is the only person who stays by his side for now.

Myles Powell, Brother Noel Powell is serving a 30-years prison sentence for first-degree murder which has been known as the "Applebee's Murder". The event took place on 14th November 2018 where Noel shot a man in the back of the head who was sitting at a bar of a restaurant in Lawrence, N.J.

Noel Powell is in protective custody for 23 hours a day and the one hour he's not, he spends the time talking to his little brother. They talk about 15 minutes per day.

“When he gets his hour of daylight, he calls me. I look forward to it. That’s a part of my routine every day and I know when he calls me for those 15 minutes, I have to give him the best news that he can have because I know that’s what he’s going back to, and that’s what he’s living through and that’s where we’re at right now with our situation. So for that to be my big brother, someone I looked up to, it was time for me to grow up. I took the challenge, and I feel like I’m handling it very well.”

There are different views and opinions regarding the 22-years-old based on his scouting report.

“Powell plays with an NBA professional intensity that anybody would want and his ability to make his shot from outside with deep NBA range in a variety of ways makes him appealing and makes him unique. It gives him an elite NBA skill,” NBA Scout.

“Whether he gets drafted or not, there will be a space in the league for him because he puts the ball in the basket, plays with passion, and is fearless. It’s hard to find shotmakers in college. He’s elite.” said ESPN’s Fran Fraschilla.