John Henson is an American professional basketball player who plays in the National Basketball Association (NBA). As of 2018, John Allen Henson currently plays for the Milwaukee Bucks as their Power forward/Center.

Playing in the position of Power forward/Center, John reportedly earns around $12,000,000 as his yearly salary from Milwaukee Bucks besides, Henson has an estimated net worth of over $32,349,322.

John Henson was born on December 28, 1990, in Greensboro, North Carolina to parents Matt Henson and Annette Henson. He spent his childhood with his sister Amber Henson. John has an American nationality and belongs to the black ethnic group. His star sign is Capricorn.

After studying for three years at Round Rock High School, Henson attended Sickles in Tampa, Florida where he played for his high school basketball team, averaging 17.6 points, 12.2 rebounds, and 6.1 blocks.  After completing high school, Henson enrolled at the University of North Carolina.

John Henson is not only a world-class athlete but also is a very attractive individual. The Famous NBA star John is 6 feet 11 inch in height and weighs around 99kg (219lbs). 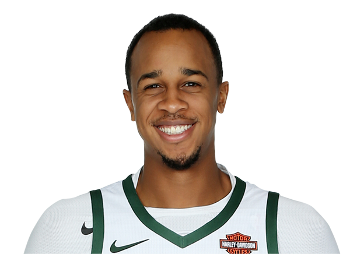 Other than being a famous NBA Power forward/Center, Henson is pretty famous in social media. He has 78.3k followers on Instagram and around 120k on Twitter.

Despite being a celebrity, John has not made his personal life public. So there are no details about his probable girlfriend/wife.

John was selected in the 2012 NBA Draft with the 14th overall pick by Milwaukee Bucks and signed a rookie scale contract on July 10, 2012, playing along with Thon Maker, Eric Bledsoe, Khris Middleton, and Brook Lopez.

He played 2013 season-best game against Orlando Magic scoring 17 points and 25 rebounds.
Later on, Bucks extended John's contract for the 2014-15 season where he played 67 games averaging 7.0 points and 4.7 rebounds per game.

He signed a 4-year contract extension worth $45 million with Milwaukee on 2nd October 2015. He scored season-high 22 points against New York Knicks. Henson played against many other teams like Orlando Magic, Brooklyn Nets.