John Thomas Dodson III, simply known as John Dodson or The Magician is an American MMA fighter who is signed to the Ultimate Fighting Championship (UFC) under the Flyweight/ Bantamweight division. A professional since 2004, he made a name fighting mainly in the Southwest region. Currently ranked #15 in the UFC bantamweight rankings, Dodson was the winner of the Spike TV's The Ultimate Fighter: Team Bisping vs. Team Miller.

Albuquerque, New Mexico native, John Dodson was born on 26th September 1984, under the star sign Libra. The thirty-five years old is an American by nationality who is half African-American, half Filipino. Regarding his physique, he stands 5 ft 3 in (1.60 m) and weighs 135 lb (61 kg; 9.6 st).

How Much Is John Dodson's Net Worth?

Signed to UFC since 2011, John Dodson has earned his wealth widely fighting the organization. His UFC career earning is disclosed below the table:

To date, he has summoned $1,007,000 as his UFC career earning. Further, the MMA fighter earns much from endorsement and sponsorships, however, John has not revealed one. As of 2020, his net worth is approximately $1 million.

UFC Bantamweight fighter, Dodson is married to wifey, Chelsea with whom he shares three children: Delilah Skye and Aurora Rose. Scrolling through Dodson's Instagram, he wishes his wife a happy marriage anniversary on 7th July every year. The couple tied the knot in 2017. 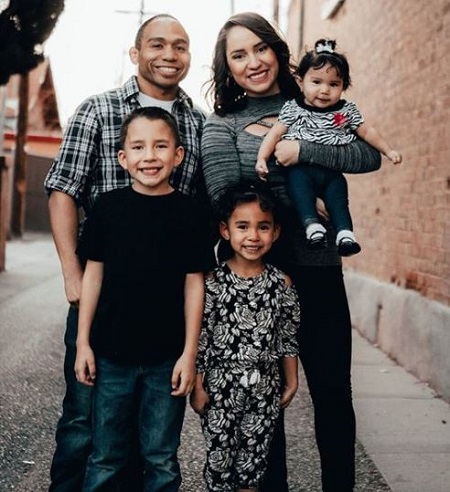 John Dodson with his wife and children SOURCE: Instagram @johndodsonmma

Dodson often features his family pictures on his Instagram and has mentioned: "I love my family" on his IG bio. On the other hand, his wife has set her Instagram account private.

John Dodson was born to Esperanza Montemayor, a single parent. He grew up alongside his brother, Eric. in Albuquerque and later relocated to Edgewood, New Mexico with his family.

He enrolled at Moriarty High School in Moriarty, New Mexico, where he competed in track, football, and wrestling. Upon graduation in 2003, he attended the University of New Mexico while working at a local Chuck E. Cheese's restaurant.