Joey Gase is a well-established American professional stock car racing driver. He has been driving in professional events for more than a decade. Joey currently drives as a part-time driver in the NASCAR Cup Series, driving the No.53 car for Rick Ware Racing. Gase is yet to win a major title in his career.

Joey Gase was born Joseph Robert Gase on February 8, 1993, in Cedar Rapids, Iowa. He is the son of Mary Jo Gase and her husband, Bob Gase. His mother died from a brain aneurysm when Gase was 18 years old. Joey graduated from Xavier High School and started his career rather than continuing his education.

Joey Gase has an estimated net worth of more than $5 Million. A racing car driver earns a huge sum through his salary, prize money, and sponsorship deals. Gase has been making millions from his ties with Sparks Energy, Page Construction, and a few more companies. Joey has an annual salary of $300,000 with the CDM Sports, and Kyle Busch is the highest-earning driver with a salary of $19.2 Million. 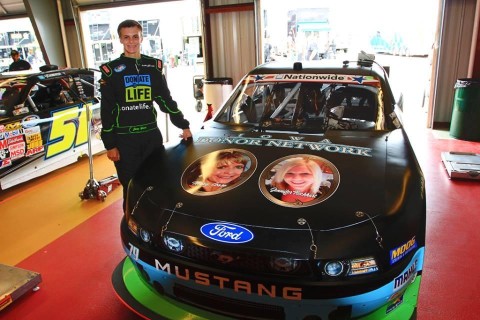 Joey made his NASCAR Cup Series debut in 2014 and took home $354,379 as his prize money racing in just four events. The following year, He earned $177,070 racing in three games. Gase started racing in the NASCAR Xfinity series in 2011 and earned $100,000 in his rookie year. The following season, The American stock car driver took home $308,244 when racing in eighteen events.

Joey walked down his wedding aisle along with his longtime girlfriend, Caitlin, in 2018. They had been dating for several years before tying their wedding knot. Gase and Caitlin got engaged in February 2017. Shortly after the wedding, In mid-2019, Joey opened about expecting their first child. 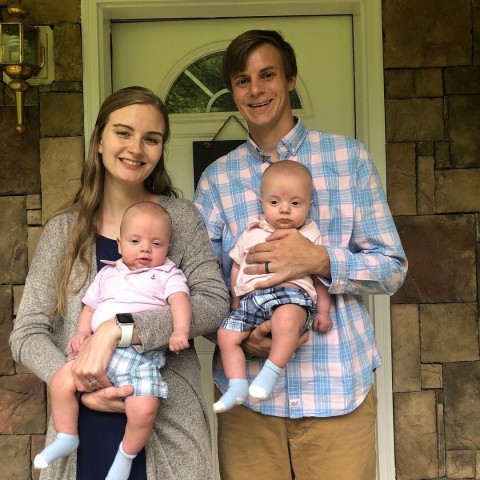 Joey shares a photo with his wife, Caitlin, and children SOURCE: [email protected]

In December 2019, Joey and Caitlin surprised their fans by welcoming twin Carson and Jace to their family. The family of four is living a happy life. Joey keeps taking his family to his events.

In 2014, Joey debuted at the Sprint Cup Series with GO FAS Racing. In 2018, He started his NASCAR Camping World Truck Series career at the Active Pest Control 200. Since 2019, Gase has raced with MBM Motorsports.  In July 2021, Gase drove the No. 53 Chevrolet for Rick Ware Racing in the Coke Zero Sugar 400 at Daytona.