Garrett Smithley is a well-known American professional stock car racing driver. He has been driving as a part-time driver in the NASCAR Cup Series for the MB Motorsports. Smithley also competes in the Rick Ware Racing and NASCAR Xfinity Series. Garrett is yet to record his first professional event win.

Garrett Smithley was born Garrett K. Smithley on April 27, 1992, in Ligonier, Pennsylvania. He rose to fame after his successful career, due to which much about his parents and early life is under the radar. His father and grandparents served in the military. Garrett graduated from McIntosh High School.

Garrett Smithley's Net Worth and Earnings

Garrett Smithley has an estimated net worth of more than $5 Million. A stock car driver does not need to win an event to earn his prize money. They make their prize money through the place at the end of the series. Smithley has been participating in professional events for more than a decade. The American racer must be making a  six-figure amount from his sponsorship and advertising deals. 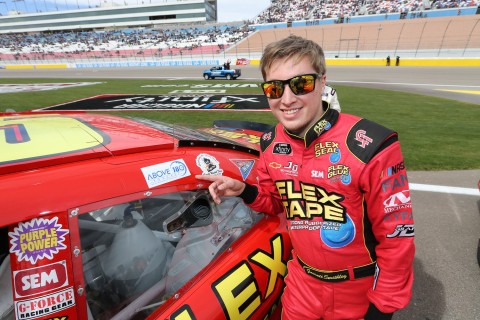 NASCAR has banned publishing the earnings and prize money of its drivers since 2016. While his time in the NASCAR Camping World Truck Series of 2015, Garrett took home $63,731 while racing in four events. The same year, Smithley earned $21,071 from Xfinity Series. Garrett receives an annual salary of $330,000 from CDM Motorsports. He is very much early in his career and will be making a huge amount from his career.

Garrett is an active social media user. Following his timeline posts, we can be sure that Smithley is dating his longtime girlfriend, Keeley Dubensky. They have been dating each other for more than three years and posted their first photo together in October 2018. 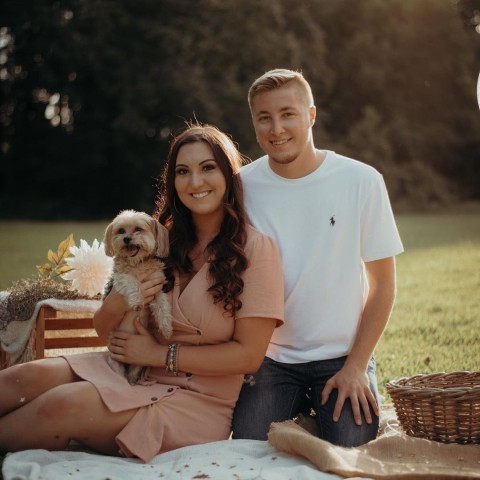 Garrett shares a photo with his girlfriend, Keeley, at an event SOURCE: [email protected]

Garrett and Keeley are yet to get engaged or tie their wedding knot. Both are at the peak of their career and must be waiting for the right time to get engaged and walk down their wedding aisle. Dubensky works as a series administrator and can be seen attending numerous events together.

Garrett was a multi-talented kid while grown-ups in his High School. He was part of the baseball and football teams. Also, Smithley was active in dance and chorus, eventually becoming a theater participant. After graduating from High School, His father gave him a year to try racing. He could not let his chance go in vain and has not looked back since then.

Garrett started racing from sophomore year and won the rookie of the year award in 2008. After spending his early days with the Legends Car Racing, Smithley moved to the ARCA Racing Series in 2013. The American driver signed with  NASCAR Truck Series the following season and raced at Atlanta Motor Speedway for the MB Motorsports.

In 2015, Smithley signed with Xfinity Seris and raced for the JD Motorsports, driving the No.0 Chevrolet Camaro. In 2018, He started his career with the Monster Energy NASCAR Cup Series, racing for StarCom Racing.