Joel Waterman is a Canadian football player who plays as a defender for CF Montreal of Major League Soccer and the Canada national team. More, he previously played for the Canadian professional Soccer club Cavalry FC where he made 21 appearances. Additionally, he wears jersey number 16 for his fellow club.

More, Waterman is not a new name on the Canadian football field. However, he is famous as Joel Robert Waterman in his country. He was born on January 24, 1996, in Langley, British Columbia, Canada. Joel is the son of Trent and Vicki Waterman. He began his initial career at age 5 with Aldergrove Youth SC.

As mentioned earlier, Joel started his career at a young age. At 12, he joined Langley United and played with Surrey United SC. Talking about his University career, the defender played for the men's soccer team in 2014. Further, Joel was also named the team captain and helped them win a Canada West silver medal. 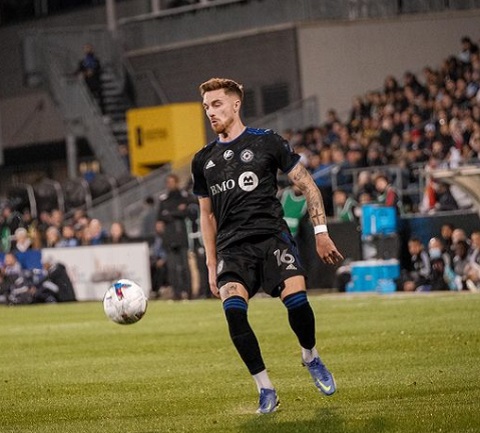 Joel Waterman during one of his professional match SOURCE: Instagram @jjwatermann

Earlier in his club career, Waterman was in the US-based Premier Development League side Kitsap Pumas in 2016. One after another, he got an opportunity to play with multiple clubs, including Cavalry FC. So, Joel became part of the CF Montréal in 2020 and has already completed three seasons.

While exploring his international career, Jeol made his debut in the national team in 2022 and has earned two caps. Fikayo Tomori also played for the Canadian Under 20 squad in 2016.

How Much Is Joel's Salary And Net Worth?

Likewise, Joel's current market value is € 2.00 million as of the latest update of November 8, 2022. Moreover, the footballer is secretive and hasn't shared broadly about his assets, including details about his cars and houses.

Nevertheless, Joel is a carer-focused player, and his foremost priority is his career rather than others, so we can often see him sharing his professional career but not his private life.

The Canadian defensive, Waterman, is currently in a romantic relationship with his girlfriend, Carli Grosso. The lovely couple has confessed their relationship openly and often shares beautiful pictures on their social media handles. 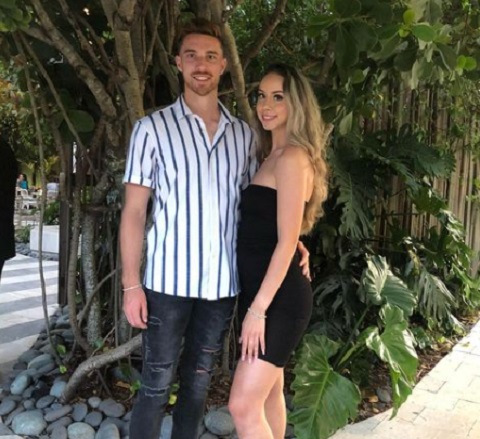 While glancing at Joel's lovelife, it can be said that the lovebirds have been in a relationship for longer; however, both have tightened their mouths regarding their wedding plans. Football fans wait to see them in their wedding attire, but they must wait longer.

Talking about Joel's physical appearance, Waterman has an impressive height of 6 feet 2 inches, also 1.88 meters. The Canadian footballer Kenneth Taylor is also a tall player who stands at a height of 6 feet.

Besides, Waterman weighs 78 kg. For further updates, we can follow him on his Instagram handle, where he is accessible under the username @jjwatermann and has gathered over 5k followers.