Joe Wieskamp is an American Basketball Player who plays for the Iowa Hawkeyes of the Big Ten Conference. Coming out of Muscatine High School, he was ranked a four-star prospect by recruiting websites such as ESPN, 247 Sports, and Rivals and the best prospect in Iowa.

Wieskamp was born on 23 August 1999 under the star sign Virgo. He was born in Muscatine, Iowa, the United States alongside three brothers. His Parents are Stephan and Dana Wieskamp.

Joe Wieskamp, 22, is a college basketball player for Iowa Hawkeyes who plays collegiate basketball as of 2020. The shooting guard announced on 25 April 2020, Saturday that he will bypass the 2020 NBA draft as well and return for his junior season turning down the opportunity to become a professional.

"I have decided not to put my name in the NBA Draft this year due to the all the unknowns in regards to team workouts and what the process will look like. My goal is to play in the NBA and I'm looking forward to that possibility in the future. However, I'm extremely excited for this upcoming season at Iowa! We have the opportunity to do something really special."

No. 10 for Iowa has decided not to enter the draft this year and remain a hawkeye for the 2020-21 season at Iowa. which concludes that the 22-year-old will still not be accumulating any financial for the next season as well because of the NCAA rule to not provide any sort of salary to the players.

Some of the top prospects of the 2020 NBA Draft are Anthony Edwards, LaMelo Balls, and Killian Hayes according to the CBS Sports. 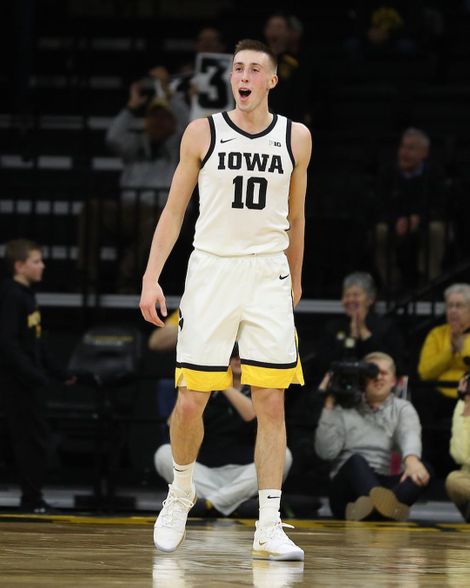 Joe Wieskamp wearing the No. 11 jersey for the Hawkeyes SOURCE: [email protected]

However, the athletes do receive grants and incentives such as scholarships and Insurance which helps the athletes in staying focused and maximize their ability to the fullest. He would have received around $40,000-$50000 worth of grant-aid from Iowa University. Since Joe has not earned any substantial earnings from his profession, his net worth is still under review and will be updated soon.

Dating a Basketball Player from the University of Iowa

The Big Ten All-Freshman Team is dating Makenzie Meyer of the Women's Basketball Team at the University of Iowa. Although the exact time of their dating relationship has not been mentioned by both the party, they are fairly acquainted with each other and enjoy each other company to the fullest.

In a recent birthday celebration of Meyer, he shared few words for his beautiful girlfriend and even baked a handmade cake for her. 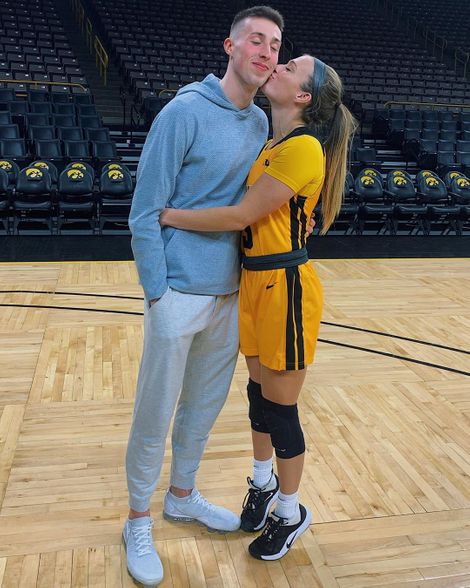 "Happy Birthday to the person that makes me the happiest! ???? So glad I got to spend your special day with you, and hopefully you enjoyed my attempt at making a cake ???? "

Judging from their Instagram, the coupe might be dating for more than a year and enjoying their romantic life without any affairs or controversies.

The Sooting guard uses his height and body to play marvelously on the court. He set a career-high of 30 points on 8 February in a 96-72 win over Nebraska and averaged 14.0 points and 6.1 rebounds per game in his last season.